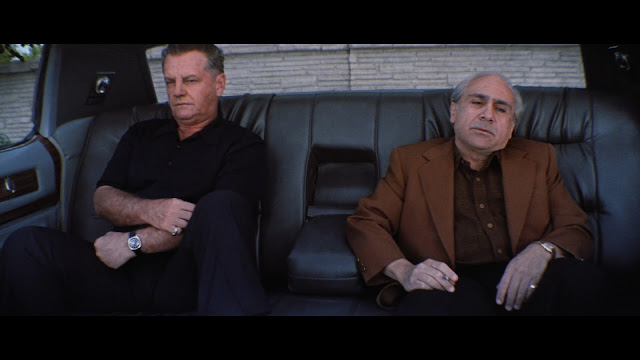 Movies are time capsules, frozen in a certain period and place, later thawed on the screen, scenes dripping like icicles melted by the sunlight.

Some films are set in present day and can play different, often prophetic, decades later. Movies that look to the past are informed with the viewpoints of the moment, where the memories of recent events are clearer before time fades them. Yet with more research, we may better understand history as the years progress. Either way, for a couple hours, we are transported somewhere else.

At the Midtown Art theater, I was watching Noah Baumbach's new film, 'White Noise', an adaption of a Don DeDillo novel that debuted the year I was born. It took 37 years for someone to bring DeLilo's book to the big screen. The novel's critiques of consumer culture and technology splintering society are transformed into quaint throwbacks in Baumbach's film. The bright lights and fully stocked shelves of the A&P supermarket feel so vintage and communal, compared to today's icy digital town squares. That the novel's 'Airborne Toxic Event' plays as a metaphor to COVID-19 is purely coincidental.

In one of the standout scenes, professors Gladney (Adam Driver) and Siskind (Don Cheadle) tango with lectures on Hitler and Elvis to an audience of stargazed students. One wonders if these two men would even have jobs in today's academic climate. But Baumbach's film isn't concerned with pontificating but rather indulging in a 'Stephen Spielberg directing Stranger Things' bombast. With this approach to 'White Noise,' Baumbach elevates the standard Netflix fare to a crescendo.

While I was watching 'Tar', all I could think about was putting on 'Eyes Wide Shut' when I came home. Not necessarily because the films are similar. Director Todd Field did play the pianist who hips Tom Cruise to the bacchanalia in Stanley Kubrick's film. Maybe it was the scenes with Lydia Tar (Blanchett) playing the piano that reminded me of 'Eyes Wide Shut'. But ultimately it was a vibe, an air of mystery that the two films share. An unseen person is messing with Lydia Tar. Is she being followed? Maybe someone is sneaking into her home. She is highly sensitive to sound. She hears cracks in the night.

Tar is a famous composer and conductor who begins to spiral downward after a protege's suicide stirs allegations of an improper relationship. But leading up to her downfall, we witness her sneaking suspicion that her time is up, her relevancy is fleeting. Which is why when a Julliard student challenges her with the dilemma of identity politics and classical composers, she strikes him down with great fury because it's not really Bach's legacy she is defending, but her own. The trouble with legacies is that they can become outdated.

I watched 'Hoffa' for what I thought was the first time only to realize early on as the movie played that I had seen it before. My memory escapes me. Maybe it's fitting that I forgot I had watched 'Hoffa' - Danny DeVito's ambitious 1992 bio-pic about the legendary Teamsters' leader that disappeared in 1975. Hoffa vanished into thin air and theories abound. DeVito's film offers a rather banal conclusion while Martin Scorsese's 'The Irishman' remembers it differently, with Al Pacino's Hoffa being killed by someone much closer to him.

Maybe one day we'll find out what really happened.

What I watched in December:

12-11: Emily the Criminal [Blu-ray], Once Upon a Time in America, Extended Director’s Cut [Blu-ray]