Sean Connery's Cold Wars: The Glasnost politics of 1990's "The Russia House" -- The kangaroo justice in 1972's "The Offence" and its parallels with Fritz Lang's 1931 pre-Nazi Germany classic "M" 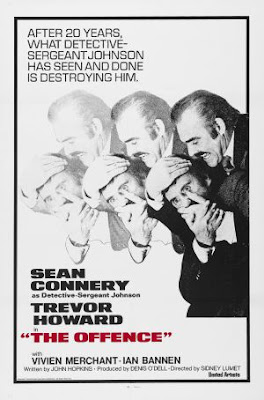 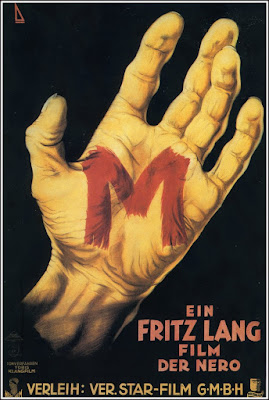 Sean Connery will always be remembered as Bond, James Bond. And who could forget the famous quote turned internet meme "You're the man now, dog!" from his late-career turn in 2000's Finding Forrester. But beyond playing the original 007 in the swingin' sixties (and even a hilarious middle-aged reprisal in the '70s and '83's Never Say Never Again), Connery is one of the screen's most beloved treasures, with a diverse filmography that stretches from '70's heist thrillers such as The Anderson Tapes, working with Hitchcock in Marnie, playing Indiana Jones' father or his Oscar winning role as Jim Malone in Brian De Palma's The Untouchables (1987).

But deep in Connery's canon are some rare gems including The Offence, a chilly psychological thriller from 1972 directed by the great Sidney Lument (A Dog Day Afternoon, Network, 12 Angry Men, etc etc). The Offence is a morbid masterpiece, a gloomy slice of police-procedural noir that finds Connery playing burnt-out Detective-Sergeant Johnson, who has seen one too many horrific crime scenes over his many years in the force. These bloodbaths have been burned into his memory, causing him to have sleepless nights, hit the bottle and be distant with his wife. The latest case, involving a serial child molester stalking the hilly British countryside, causes Johnson to crack when the suspect, the mild-mannered, upper-crust Kenneth Baxter (Ian Brennan) is brought in for questioning when he is arrested after wandering the streets drunk.

The Offence, with most of its scenes set-up with two actors bantering back and forth as if on stage, was based upon a play written by Bond screenwriter John Hopkins. Connery was a fan of the original play and when United Artists approached him to return as Bond in '71's Diamonds Are Forever, part of his deal included the option to finance two passion-projects of his choosing, one of which became The Offence.

Detective Johnson has no concrete evidence that Kenneth Baxter is guilty, but in his deranged mind, as he brutally interrogates Baxter, fingers pulling apart his eyelids, convinced he can peer into Baxter's soul and read him for the evil man he is; Connery grabs him by the neck, screaming "I KNOW YOU!" It's a battle between blue-collar and bourgeois, a police officer fed-up with a system that never brings the "bloody" criminals to justice. When Baxter has the audacity to snicker and laugh at Johnson, chiding him "You sad, sorry little man," Johnson unleashes years of pent-up rage with a violent outburst that leaves Baxter with a mouth gushing blood.

Connery's policeman is hell-bent on redemption, playing Baxter's judge, jury and executioner, determined that this time he won't let this one get away. Johnson is a broken man, with sad eyebrows and mustache, wearing a drab brown suit, skin a tinge of grey as the foggy skies in the film. Connery brings out this fragility, his eyes sappy as a sad dog. Detective Johnson switches between harassing Baxter to weeping in his arms, seeking empathy as he's become as monstrous as those criminals he's pursued. In the end Johnson appears to be outfoxed by Baxter, who knowingly points and laughs "I've got you!", realizing that he's going to take the troubled detective down with him. The Offence ends on the same frame as it begun, under the haloing glare of the overhead interrogation lamp, that leaves the frame as cloudy as Detective Johnson's vision had become.

Watching Fritz Lang's classic 1931 German noir M recently, I was reminded of The Offence. Both films center around child predators who become engulfed in a trial by fire. A riveting B&W starring the legendary Peter Lorre as the sniveling killer on the loose, Lang's M examines the politics of vigilantism as the criminal underworld, disgruntled with increased patrolling in the streets disrupting their business, races the police to catch the culprit. As with Baxter in The Offence, Lorre's Hans Beckert is a feeble, squirrelly man, hiding in the shadows, waiting for his prey and then fleeing in cowardly desperation once he's become a marked man in the streets. When Brennan is boxed in by Connery, he lights a cigarette and asks to speak to his superiors. But Beckert is a doomed man once he's caught by the angry mob, his bulging eyes and hunching back first denying the crimes, demanding to be let go and then pleading for mercy as the townspeople (including his victim's survivors) call for his head.  M and The Offence are both of different eras, but the common themes of how a society handles its criminals gives a glimpse of events to come, be it the populism of the Nazi's rise in Germany during the '30s or police brutality becoming increasingly prevalent in the decades since the '70s. 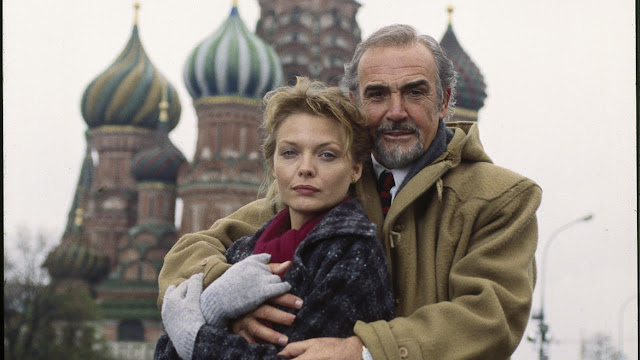 Perhaps the more timely Connery flick is The Russia House, a slow-burning spy thriller romance from 1990 adapted from the John le Carré novel on the same name. Uniquely filmed on-location in the Soviet Union in the waning years prior to its dissolve, The Russia House is a beautifully photographed tale set inside the red state where a book publisher (Connery) gets caught up in espionage between Soviet and American diplomats regarding leaked info (sound familiar?).

Connery is marvelous as "Barley" Scott Blair, a whimsical, boozing, saxophone playing British publisher who quips that he prefers Russia to America because it's just as corrupt but there's less bullshit. When a mysterious Soviet woman named Katya Orlova (a very effective Michelle Pfeiffer) attempts to pass along a secret manuscript to "Barley" -- authored by a physicist exposing the weakness of the Soviet's missile program -- international intrigue ensues. What develops is a rather nuanced, compelling romance and culture-clash between "Barley" and Katya.

The Russia House is spy mystery dressed up in a Columbo trench coat, there's no car chases and gun-fights, just smoky, biting dialogue and shifty, well-developed characters. Anchored by a stellar supporting cast including Roy Scheider, John Mahoney and Michael Kitchen, The Russia House also boasts a beautiful score from Jerry Goldsmith that blends jazz and Slavic elements. Director Fred Schepisi composes ornate interiors and employs grandiose Soviet architecture such as St. Petersburg's Palace Square to juxtapose the iconic Connery with historic imagery. As "Barley" and Katya are caught up in a dangerous game, it becomes clear that the "system" is their oppressor and in the end, once again, love trumps all.

Along with The Hunt for Red October and From Russia with Love, Connery's films have often dealt with the Cold War arms race leading mankind on a doomsday countdown. With Russia suspiciously back in the headlines again, I would ask citizens to consider the atrocities currently happening to LGBTQ people in Chechnya and to remember that Russia is a nation of millions of people, most of which are not are our enemy. The "intelligence" coming from whoever the current press secretary is this week and the clucking round table of talking heads should be viewed as glare-inducing bright lights, yet another set of smoke and mirrors.

--
The Offence, M and The Russia House are all currently available in restorative Blu-ray editions from Kino Lorber, The Criterion Collection and Twilight Time, respectively. Trailers for all three films below: