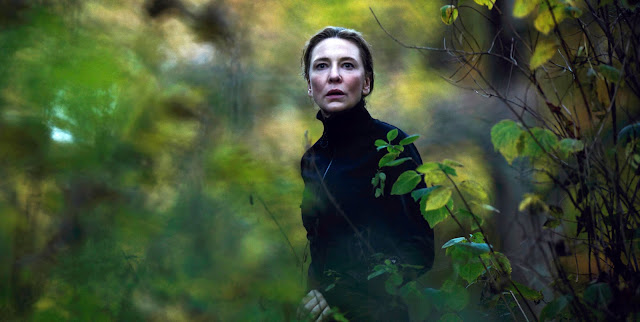 Was 2022 the year of Jennifer Coolidge?
For me it might be Aubrey Plaza, who starred in two of my favorite productions, the essential second season of 'The White Lotus' and the tidy L.A. noir, 'Emily the Criminal'. While some of the most hyped theatrical experiences left me feeling either numb ('Top Gun: Maverick') or uninterested to make the trip ('The Fabelmans') - there were still moments where I was mesmerized, with my favorite viewing of the year being the limited B&W release of Guillermo del Toro's brilliant version of 'Nightmare Alley'. While seeing Paul Thomas Anderson's 'Licorice Pizza' projected on a big screen in 70mm marked a delightful return to the movie theater after two years.
The best experiences are still when the creators and the audience meet in the middle. I went to the theater to watch Noah Baumbach's 'White Noise', which was in theaters for a limited time before Netflix made it available to stream. I was glad I caught James Gray's masterfully dark 'Armageddon Time', a semi autobiographical drama about a boy's coming of age in Queens just as the Reagan '80s are about to kick-off, in the theater before it disappeared after a week. On a sunny Atlanta afternoon I convinced myself to go out and watch 'Tar', to give my full attention to Cate Blanchett's performance, at the Plaza Theater.
The theatrical experience can surely elevate a good film. But a great film is agnostic to format. I first watched 'Emily the Criminal' on the plane and was completely riveted despite the technical limitations of watching a movie during a flight. I turned off all the lights and curled up in a blanket when I streamed 'Barbarian' - it's been a while since I was that tense watching a horror movie. For several nights, I would scroll to where I left off with 'The Andy Warhol Diaries' as it streamed to the end as I snored. I guess a sign of a good documentary is that it can sooth me to sleep. I kept playing the first episode of 'The Rehearsal' so many times for people that I memorized the trivia questions. As bizarre as my viewing habits may seem, I would suspect they are not uncommon in the daze of this modern life.
2022 Top Ten:
Nightmare Alley: Vision in Darkness and Light [Guillermo del Toro] 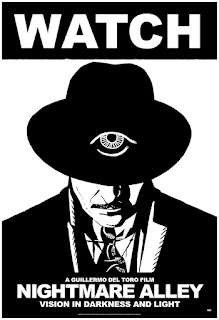 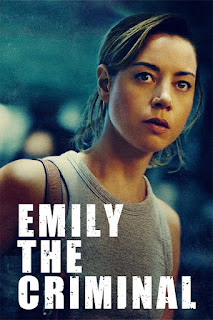 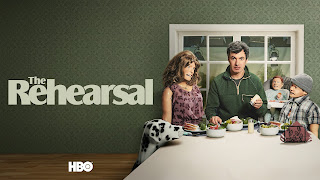 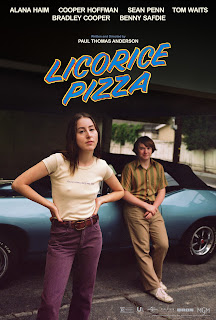 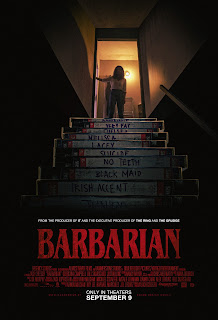 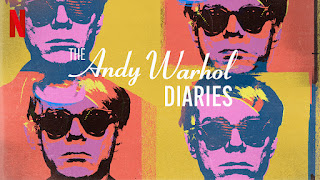 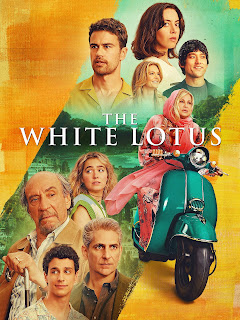 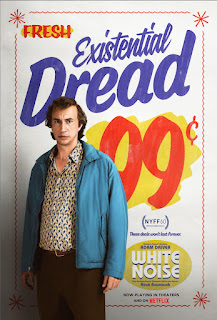 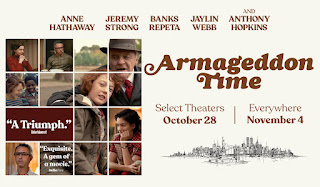 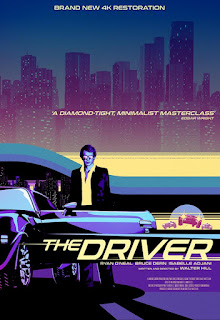 Walter Hill's 1978 classic minimalist crime thriller starring Ryan O'Neal as a getaway driver and Bruce Dern as the cop on the chase is one of my all time favorite films. For years, the only blu-ray available was the long out of print Twilight Time disc and imports. Studio Canal has released a beautiful new 4K restoration of 'The Driver' on 4K UHD with a new interview with Hill on the making of the film. Questionable cover art aside, this is my favorite release of the year as the 4K UHD market has entered the niche phase, with a slew of catalog releases becoming collectables like 180 gram vinyl.

Save The Tiger [Imprint] 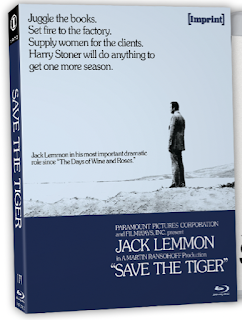 Jack Lemmon's Oscar winning performance in 'Save the Tiger' as middle aged man in moral crisis Harry Stoner is one of his best roles and a masterclass in acting. Imprint's terrific Blu-ray, with a  great suite of supplemental features, makes this little discussed Paramount gem prime for reprisal. 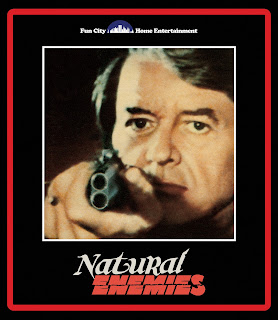 Jeff Kanew's long lost and forgotten 'Natural Enemies' plunges the man in conflict drama to the darkest abyss. Once again, Fun City Editions has breathed new life into an unseen film that save for an obscure '80's VHS release had all but disappeared. Hal Holbrook's monologue in the beginning of the film, confessing that today he will kill himself and his family, puts into  motion a dour character study of a broken man driven to the edge. The late Louise Fletcher and Halbrook are in their prime as the bitter husband and wife wallowing in a domestic nightmare with a truly unsettling conclusion. FCE did a great job rescuing and restoring 'Natural Enemies' and the disc features an extensive interview with Kanew on the movie's origins, filming, rollout and legacy. 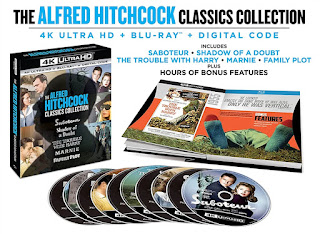 After releasing Hitchcock's essential classics ('Psycho', 'Vertigo', 'The Birds', 'Rear Window') in Vol 1's glorious 4K collection, Universal digs deeper into the brilliant director's filmography with Vol II. There's the majestic technicolor of the dark comedy 'The Trouble with Harry'. The Douglas Sirk soaked melodrama 'Marnie' starring Sean Connery and Tippi Hedren, both never looking better. One might think the WWII era spy film 'Saboteur' would feel dated, but Hitch's masterful direction and the film's stark, beautiful B&W photography elevate it to top-shelf film noir. 'Shadow of a Doubt', Hitch's personal favorite of his films, is a timeless thriller about a creepy, possibly murderous Uncle who arrives to visit/torment his sister and her family in sleepy Sonoma County. But my favorite of this collection is Hitch's last film, 'Family Plot', a revelation in stunning 4K. Released in the 1975, 'Family Plot' features a cast of New Hollywood stars including Karen Black, Bruce Dern and William Devane, all delights in a fun swan song from the master. 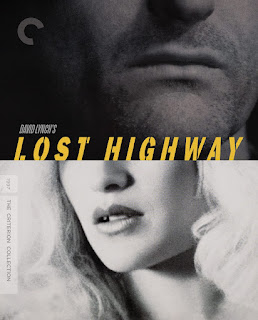 A few years back, Kino Lorber released a somewhat unauthorized version of 'Lost Highway' on Blu-ray that was disavowed by director David Lynch as he was not consulted, tweeting that it used older film elements in its presentation. This new 4K release from Criterion boasts Lynch's involvement, with him supervising and approving the new restoration and color timing from the original camera negative. With all that said, 'Lost Highway' is like most of Lynch's work, an acquired taste, and this particular film may warrant repeat viewings for it to really soak in. But this beautifully packaged and supplement stocked release from Criterion is a must have for 'Lost Highway' fans.