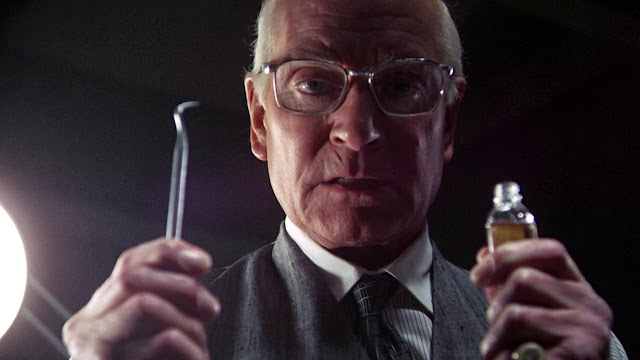 I'm about half-way through the book, in the middle of the Cold War and LBJ's doomed presidency where gays are hunted down like communist spies, at times the national enemy isn't mutually exclusive. Time illuminates tomfoolery of the past. It's baffling now that so much taxpayer money was spent exposing gay public servants and destroying their lives, driving many to suicide. But there always has to be an "enemy" - an "other" to wage war on.

But in the late '60s, as gays began to creep from out the shadows and gain more rights and visibility with the Stonewall riots, Andy Warhol was taking over the art world with his Campbell Soup Cans. Although he was a gay man, Warhol was queer in the truest sense, a pure enigma who was the Godfather of Manhattan's golden age. Netflix's 'The Andy Warhol Diaries' sheds light on the mystery of Warhol, his love life, friendship with Jean Michel Basquiat, feelings toward Keith Haring (lukewarm?). The docu-series tackles Andy's apathy towards any isms, be it racism or capitalism. Yet closer examinations of his art reveal not so subtle social commentary, especially as HIV/AIDS devastates the community. But like the greatest political minds in Washington, Warhol understand power. Although he was a minority, he was always in control. Projecting cool.

Rewatching Marathon Man, I was attuned to its Cold War themes with 'Secret City' occupying my nightstand.  In the film, Dustin Hoffman's father killed himself after being investigated by Joseph McCarthy. Now a Columbia doctoral student, Babe (Hoffman) is studying history in the hopes of vindicating his father. His older brother Doc (Roy Scheider) is a secret agent assisting Nazi war criminal Dr. Christian Szell (Laurence Oliver) traffic diamonds in exchange for intel on Nazis in hiding. When Szell perceives he's been double-crossed by Doc, he murders him and then shakes down Babe, asking him 'iz it safe' as he tortures him with a dental visit from hell. Marathon Man is a tense thriller, operating on the notion that the bad guys are not only in the shadows, but in plain sight. After Watergate and Vietnam, Americans weren't buying what the government was selling them and this was reflected in subversive, paranoid New Hollywood thrillers like Marathon Man.

Marathon Man isn't as great of a film as The Parallax View or The Conversation but its certainly better than Three Days of The Condor, which feels stale now. Redford and Dunaway are wooden. Gene Hackman is brilliantly subdued in The Conversation and Warren Beatty nails the useful idiot in The Parallax View. Hoffman and Oliver put on an acting masterclass in their scenes together, the camera staging them like dueling titans.

Written by William Goldman, Marathon Man was released in 1976, in the same year as All The President's Men, which would earn Goldman the Oscar for his screenplay. In Marathon Man, a single man is thrown into chaos based upon other men's actions. In All The President's Men, Woodward and Bernstein reveal the men behind Watergate. Although the players are different now, the fight against fascism continues today.

What I watched in August: