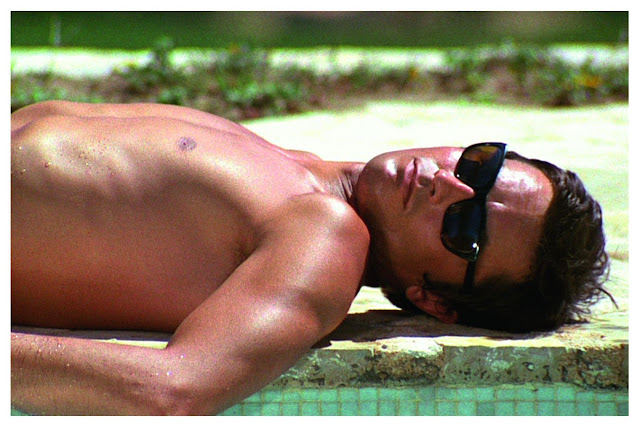 Are the origin stories of 'The Godfather' or the Showtime Lakers fascinating enough for a mini-series?

How about the corporate doucebaggery of Uber and WeWork? The sleaze of the Pam and Tommy Lee sex tape? What about the Theranos fraud? The narrative well is so dry that we are going increasingly meta in our storytelling. Where is the imagination?

This was going through my head as I devoured HBO's 'Winning Time: The Rise of The Lakers Dynasty' and tried to get into Paramount+'s 'The Offer' - two flashy, winking docu-dramas for the diehards. 'Winning Time' is surprisingly riveting as Adam McKay zooms out to the culture at-large in 1979. The NBA and Lakers are broke and unpopular. Los Angeles has some grit - the glamour hasn't fully washed over everything; that would come with the Reagan era just over the horizon. Magic Johnson is only a rookie and nobody's heard of AIDS yet.

In 'Winning Time', as with 'Mad Men' and advertising, basketball is just the background. Portraying larger than life Lakers owner Jerry Bus, John C. Reilly is at his most inspired. His chest hair protrudes from the shiny shirt - he lets it all hang out. Jason Clarke is a revelation as a hot-headed Jerry West, smashing his trophies and cursing up a storm. The real life West is so irked by the show that he intends to sue HBO. That 'Winning Time' is playing loose with the facts, driving towards the myths, makes it a slam dunk.

The back lot drama of 'The Offer' isn't a better deal than just watching the 'The Godfather'. During this year's Academy Awards, to pay tribute to the 50th anniversary of the film, director Francis Ford Coppola awkwardly stood onstage next to Al Pacino and Robert De Niro as classic clips were set to hip-hop. Why couldn't the brilliance of the films couldn't speak for themselves? The same could be said for relevancy of 'The Offer', which is often focused more on Paramount (its logo hogs the opening credits), a movie studio on a legacy tour reliving the hits.

While it's neat to watch Coppola and Gordon Willis argue about lighting and Robert Evans and Marlon Brando banter, even the movie buff in me cringed at the deluge of niche references. There are classic movies about show business ('All About Eve', 'The Player') and even those about the making of a real movie as with 'Mank' and Citizen Kane. But 'Mank' was more of a character study about a drunk screenwriter who challenged the power structure which in some ways is like a meta adaption of Citizen Kane itself. But by stretching the making of 'The Godfather' into a mini series, 'The Offer' finds itself in Fredo's shoes.

As for films, I really lost myself in the Criterion Channel's selection of films starring the dreamy Alain Delon. Delon plays a handsome devil in Purple Noon, Mr. Klein and La Piscine. His beauty glimmers in every frame; even though he's a sociopath, you can not take your eyes off him. While a swimming pool is a character of its own in La Piscine, the ending of Any Number Can Win, a stunning black and white caper, contains a haunting sequence with Delon watching his fortune literally sink away. Yet Delon stays cool, staring into the beyond, floating past everyone.

What I watched in May: