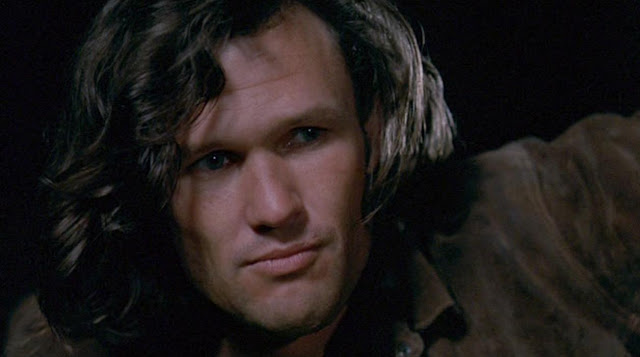 After nearly two years, I finally made it back to the movie theater.

The last theatrical experience I had was during February 2020 at an AMC in Tampa, when I had some time to kill before a flight and watched Sam Mendes' riveting WWI film 1917.  Fast forward to 2020, with a lingering pandemic and Chicago's relentless crimewave, the most adventurous part of moviegoing in the Windy City is the part where you leave the house.

So there I was at the Music Box, Chicago's legendary 70mm revival theater to watch Paul Thomas Anderson's latest film, Licorice Pizza, a nostalgic period piece about a "simpler" time, the early '70s. Sitting in a large, dark room watching a glowing screen with a bunch of strangers certainly enhanced the Licorice Pizza experience. It is a beautiful film, shot with vintage lenses, that like Tarantino's Once Upon a Time... In Hollywood vibrantly captures an era as we "hang-out" with its eclectic cast of characters. While Once Upon a Time does have a central conflict, building towards that awesome climax, PTA's film is entirely low-stakes. It's all vibe. Nothing to keep you on the edge of your seat, just kick back and relax, catch a contact high from a groovier time.

I made another trek to the theaters, this time to the ritzy AMC River East, just a stones throw from the Tribune Tower and Michigan Avenue in Chicago's deserted downtown. It was a frigid Saturday afternoon with the snow caked on Buckingham Fountain when I took an Uber to catch a solo matinee, an old "me time" indulgence that had escaped me in these last two years of the virus. A special B&W screening of Guillermo del Toro's new film 'Nightmare Alley' dubbed 'Nightmare Alley: Visions in Darkness and Light' was playing for a limited time in Chicago. I jumped at the chance to see del Toro's retelling of the classic 1947 novel from William Lindsay Gresham.

I was a big fan of del Toro's last film, The Shape of Water, which won the Academy Award for Best Picture and Director. del Toro's last two films have been about the "freaks" at the margins of society who in their own ways challenge the power structures. The Shape of Water is a cold war era film about "the other," where a mute cleaning woman helps to rescue a 'Mer-man' from a top secret government research facility. Nightmare Alley follows a drifter who rises from carnie to psychic grifter, whose plot to swindle a Robber baron ushers his own downfall. With its immaculate set design and some stunning camera shots, 'Darkness and Light' was a revelation and one of the best cinematic experience I've had in years... or at least since sometime in 2019.

As for the home viewing experience, I finally took the time to fill in some of my gaps in Alfred Hitchcock's filmography as The Criterion Channel was featuring a large selection of his films. I was curious about his later films. I had watched Frenzy before but this time I was stunned by this 'penultimate' Hitchcock film. Sharp, hilarious and edgy, I think it's a masterpiece. Family Plot, his last film, was a blast and in my eyes his 'New Hollywood' era film. But then I began to wonder, did Hitchcock actually start 'New Hollywood' with films like Vertigo and Psycho? Wasn't it Hitchcock that was the first to seize control, making a fuss over how his films were played in theaters and pissing off the censors?

I've also, thanks to a very much appreciated Christmas gift, now gone 'region free'  with a multi-zone Blu-ray player. The ability to enjoy imports from some of the great Blu-ray labels from across the pond is a real treat. One of those labels is Indicator, who releases wonderful limited editions such as their awesome Cisco Pike disc. The acting debut of Kris Kristofferson, Cisco Pike takes place in Los Angeles in 1970, with Kristofferson playing the titular character, a struggling musician and former drug dealer who gets entrapped into dealing marijuana by a crooked cop (a stellar Gene Hackman). Cisco Pike is a straight to the chase crime thriller with great '70's LA atmosphere and an excellent cast including Harry Dean Stanton, Karen Black and Joy Bang. While Easy Rider is the quintessential counter culture film of that era, I personally enjoyed Cisco Pike way more. Kristofferson has undeniable charisma, a truly underrated actor and this film deserves more appreciation.

What I watched in January: