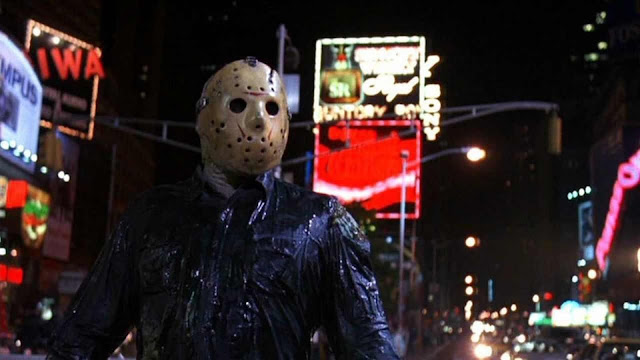 What I watched in October.

I decided to dive into the Friday the 13th movies this Halloween season. Last year, I purchased Scream Factory's awesome deluxe box set and put the first few films on during Halloween before ending the night with John Carpenter's 1978 classic - as one should. But I haven't really sat down and watched the mid '80's Friday entries on home video. I always seemed to catch them intermittently on cable. I have to admit, these movies, for what they are (cult slasher flicks), are pretty awesome. Especially the Tommy Jarvis films. But I even enjoyed Jason Takes Manhattan and Jason Goes To Hell a ton more than I remembered when watching them on TV. The only Jason movies I ever saw in the theater were the terrible Jason X and the forgettable 2009 reboot. For a Jason movie, X's production is actually pretty great and the futuristic sci-fi element holds up pretty well 20 years later. With horror being refreshed by Blumhouse and Jordan Peele, it's time for someone to resurrect Jason. 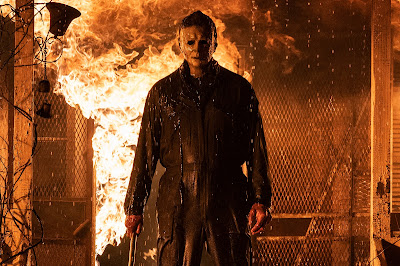 As for Michael Myers, Scream Factory just released the first 5 films on 4K UHD, with the original receiving a fresh 4K scan of the original camera negative. It has never looked better and the same can be said for its 1981 sequel (now 40 years old!), which to me is '80's slasher canon. Which leads to me the newest movie in the franchise, Halloween Kills. We watched it at home with a few friends on Peacock. The movie is incoherent, Laurie Strode is barely in it as she's holed up in the hospital for the entire film (like Halloween II), except there is no big confrontation in the end - that is being saved for Halloween Ends (sure it does). But Kills is a campy, dare I say future cult slasher classic with plenty of wicked kills that rival Jason's best work. It's also unintentionally hilarious, with dumb casting (Anthony Michael Hall as a Tommy Doyle?) and a metaphor about mob mentality and our political climate, with many making comparisons to the Capital Insurrection even though the film was shot in 2019 and delayed due to the COVID-19. The next movie is said to address the pandemic fallout. To many, a masked madman jabbing people sounds like the stuff of nightmares.