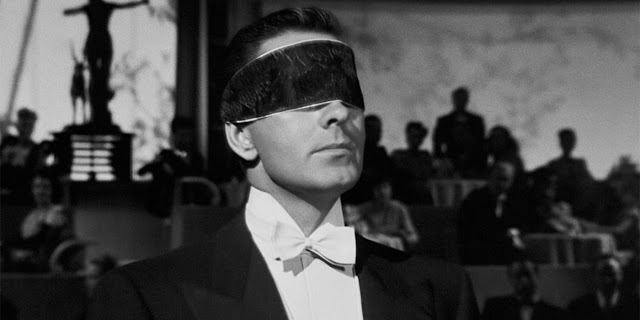 What I watched in August.

-In Remember My Name  Norman Bates  is stalked by his former wife (Charlie Chaplin's daughter Geraldine) in this unsettling slow burner debut from Robert Altman disciple Alan Rudolph. The film is incredibly hard to see (no home video release ever). Highly recommended if TCM airs again: be on the lookout!

-Body Heat just turned 40 the other day! It holds up very well. Although William Hurt is sorta miscast and seems to be doing his best Jeff Bridges.

-Fun City Editions Blu-ray release. Before Robby Benson was the voice of The Beast in the Disney classic The Beauty and The Beast, he was a teen heartthrob and excellent in this Cannes winner.

-The Empty Man is one of the best and original horror films in recent memory.

-Malice at the Palace is one of the most biased sports documentaries ever. They barely talk to any Detroit Pistons. But the subject matter is riveting enough to carry this. As someone who holds many fond memories of being at The Palace of Auburn Hills, it was weird to see the demolition of this arena at the end.

-Kaillionaire is really good, sort of a L.A. take on Parasite.

-For a special occasion a while back, I stayed at a luxury hotel where I felt surrounded by the one percent types satirized in The White Lotus. The dichotomy among the staff and guests is real. If they do a sequel, it really should be on a cruise ship, which is even more polarizing. I went on a cruise once and was utterly fascinated by the "city on the sea" culture and the backgrounds of the crew.

-Eyeopening documentary about the early days of the HIV/AIDS crisis focusing on myth busting the so-called 'patient zero' Gaetan Dugas. Great interviews with friends of Dugas and other survivors of the era (including Fran Lebowitz). Timely given the current viral misinformation circulating.

-Frontline documentaries are amazing and this entry about the fake terrorist plot involving the Liberty City Seven is one of the best. We just wasted 20 years in Afghanistan due to war mongering liars and the story of how the FBI fabricated this 'war on terror' propaganda by entrapping some random construction workers in Miami isn't surprising.

-Rollerball is a masterpiece. Set in 2018, Jewinson nails the dystopia corporate hellscape we are currently living in. James Caan might be the most underrated actor of the 1970s.

-Nightmare Alley is a classic noir from 1947 about a carney grifter (Tyrone Power) doing whatever it takes for money and fame. The Guillermo Del Toro remake hits theaters in December and watching the original, it's pretty easy to draw parallels between The Great Stanton and modern con artists.