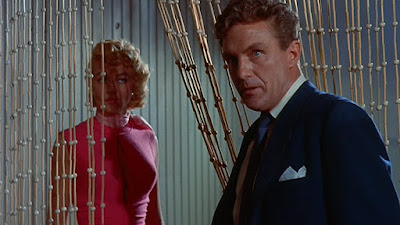 What I watched this February.

2-1: The Tall Target [Criterion]
- An excellent thriller about an assassination attempt on Lincoln at his inauguration. Mostly takes place on a train. Highly relevant today, sadly.
2-2: Presumed Innocent [HBO]
- Alan J Pakula/Harrison Ford clockwork courtroom thriller, also with Raul Julia. Insane ending.
2-4 The Spanish Prisoner [Prime]
- Might be my favorite thing that Steve Martin has ever done. Need to watch more Dave Mamet.
2-5: Chandler [TCM], Who’ll Stop the Rain [Blu-ray]
- 'Chandler' is a studio butchered Warren Oats LA gumshoe noir that is still worth seeing.
- 'Who'll Stop The Rain' is a rare gem about Vietnam vets trying to smuggle drugs starring Nick Nolte.
2-6: The Last Blockbuster [Amazon], The Midnight Sky [Netflix]
2-7: The Year of Living Dangerously [TCM]
2-8: Death Wish 3 [Blu-ray]
2-10: Highway Patrolman [Blu-ray]
2-11: The Killer Elite [Pluto]
2-12: Framing Britney Spears [Hulu]
- This was much better than I thought it would be. Really takes me back to those TRL days.
2-13: Written on the Wind [TCM], Irresistible [HBO]
- 'Irrestible' is a sly little political satire in the vein of 'Bulworth' and 'The Candidate' - the reviews were too harsh on this one.
2-14: Bamboozled [Criterion]
- One of Spike Lee's finest, but wrenching.
2-15: Sun Don’t Shine [Criterion], Where Danger Lives [Criterion]
2-18: Judas and the Black Messiah [HBO], Shampoo [Blu-ray]
- Daniel Kaluuya deserved that Golden Globe.
- 'Shampoo' gets better every time I watch it - such a masterpiece.
2-19: One False Move [Criterion]
2-20: The China Hustle [Prime], Nomadland [Hulu]
2-21: Diner [TCM]
2-22: Avalon [TCM]
2-25: The Lady and The Dale [HBO]
- Tucker Carlson's daddy was a creepy transphobe. Makes sense!
2-26: Wu-Tang Clan: Of Mics and Men [Prime]
-  'Of Mics and Men' is a lengthy and at times brilliant documentary about the Wu-Tang Clan that still comes up short. Ironically, aside from 'Protect Ya Neck' and some of the other material from the 36th Chambers, the music takes a backseat to the interpersonal drama of the Clan and their coming of age. There are some very interesting segments about their business dealings, especially the ingenious promotional methods used in their early days. Tons of excellent archival footage. A big portion of time is spent discussing how each member wanted out of their contracts with RZA to go fully solo - but they don't really counter that with how some of resulting sophomore and junior albums were just not very good compared to the solo debuts where RZA was in charge - or later records where RZA returned to have more oversight and production duties.
2-26: The Silence of The Lambs [Blu-ray]
-Obligatory 30th anniversary viewing.
2-27: Days of Heaven [Criterion]
2-28: Out of Bounds [TCM], Circle of Deceit [Criterion]
- Bruno Ganz stars in 'Circle of Deceit' as a war correspondent in Beirut.