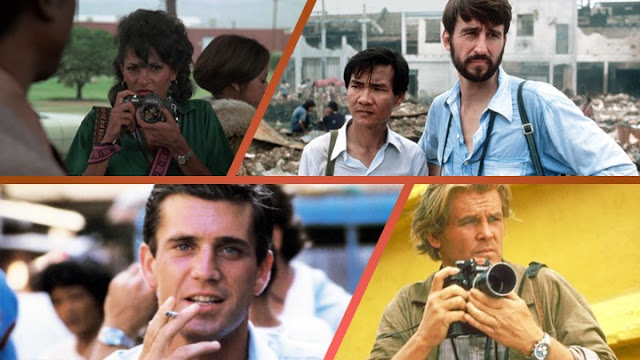 Turner Classic Movies has an excellent marathon lined up for this first Friday of February 2021. In the late afternoon and early evening things kick off with a rare LA gumshoe vehicle with Warren Oates (Chandler) followed by Terrence Malick's debut Badlands with Martin Sheen and Sissy Spacek.

In the prime time slots are two war reporter classics from the early 80s, The Year of Living Dangerously, featuring the young and beautiful Mel Gibson (pre wacko) and Sigourney Weaver and one that I recommended you do not miss - Under Fire - starring Nick Nolte and Gene Hackman. Both films are about the romances between war correspondents and photojournalists during the good ole days of military coups and Sandinistas - you know when foreign governments were the unstable ones. Nolte gives one of his greatest performances and Hackman is in top form in Under Fire, a film that I would definitely categorize as 'Lost Cinema' and ripe for discovery.

In the early morning hours, the marathon moves from Cambodia to Black exploitation with the Oscar winner The Killing Fields and the Pam Grier vehicle Friday Foster. This is one of the best Friday evening TCM marathons in recent memory - set your DVR!