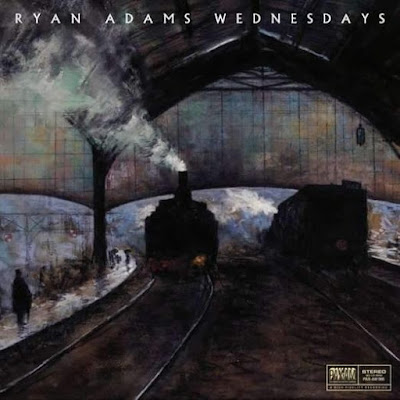 Ryan Adams was one of the most important musicians of my twenties and many of his songs and albums could be considered the soundtracks to those years in my life. I had a best friend with whom one of our foundational shared interests was the love of his music and we got to experience him together in concert once, opening up for Oasis at the, now unfortunately demolished, Palace of Auburn Hills. Regretfully, I drifted away from this very good friend and we never had a full reconciliation, we had a phone conversation in 2012 and we didn't keep in touch afterward. Unfortunately, when I moved to Chicago in early 2017 an old mutual friend informed me that she had passed away recently. It was a shock and something that I didn't fully process in that moment and I still mourn to this day, with heavy dismay for not reaching out in the years following our last conversation. I will always associate Ryan Adams' music with varying degrees of heartbreak, not only for her but for the terminally depressed person I was in my twenties, between professional and romantic turmoil. His dark crooning sprinkled with tiny glimmers of hope was a balm to me in those times.

Perhaps as another 'Dear Chicago' sick joke, another bombshell was dropped on me in the harsh winter of 2019. Walking home from work in the South Side my phone alerted me of allegations that Adams' was at best a womanizing creep. Plans for a trio of albums were quickly shelved and Adams all but cancelled himself, logging off social media and secluding himself. Other artists that I had been fans of, like Louis C.K., had also been rightfully crushed by #MeToo and I had no qualms about their exile from pop culture. Comedians and particularly filmmakers are slightly removed from their material, but with a singer-songwriter like Adams, it becomes difficult to separate the man from the music. Since the news broke, I had all but stopped listening to Adams' music - and this was actually part of a trend over the recent years. I thought his musical output had been a series of diminishing returns since 2008, with some occasionally interesting projects (1984, III/IV), some that seem more creepy in retrospect (the full Taylor Swift cover album, 1989) and a steady stream of live concert collections (Live at Carnegie Hall) that showcased where his career was trending: the David Letterman co-signed performer who had become a pro on the road and would enjoy veteran rock legend status and release a new record every couple of years to support massive touring. But then the flood of accusations and then COVID-19. The musician and the man that I met outside of Detroit's Gem Theatre after his magnificent show in 2007 seemed of a completely different time and place - it might as well have been another galaxy.

Then, appearing like the first surprise snow in a December morning, Adams' announced a new album, Wednesdays, out of the blue. Emerging the same week as people around the world began rolling up their sleeves to receive the Pfizer COVID-19 vaccine, Adams returned at a moment when, for the first time in ages, scientists like Anthony Fauci were the rock stars and heartthrobs. If you're not part of BTS or Taylor Swift, you won't be on the mainstream radar unless you've had an unfortunate tweet or positive COVID test. Therefore, in this current political and pandemic whirlwind, Adams could quietly slip in undetected to most. For better or worse, the problems of the moment are much bigger than reconciling a disgraced musician. As well, memories fade (Al Franken was recently gabbing it up on Bill Maher) and are overwritten: Jeffrey Toobin has been now resigned to Urban Dictionary lore.

Musically, Wednesdays is a solid Ryan Adams record, revisiting the vibe of Heartbreaker and Gold but with none of the feel good moments. The album cover reminded me of 29 and my initial reaction after the first spin was Wednesdays is a more alt-country Love Is Hell. But, let me be clear that despite the comparisons with some of Adams' best works, Wednesdays offers nothing new and even though it sounds superb, the lasting effect rings hollow. With a catalog of songs of depression and confessions, there is nothing revelatory in a track like 'Poison & Pain' when he coos 'and my demons/they got so bored of dreamin'/my demons/alcohol and freedom/A King without a Queen/A King without a kingdom'.  Huh?

If the assumption is that the songs on Wednesdays were penned before Adams' fall from grace, then we shouldn't expect any self-reflections - and when the majority of his songs are poetic self-reflections, how could we exactly tell what moment he was addressing anyway? The best messages in music have always been a little cryptic. But, if there was one crumb Adams was possibly throwing our way, it happens on the second half of the album. On "Birmingham," he delivers this gut-punch, "On a stationary wet/with the tears of peoples backs you stab/when you're hiding like a robber/with no one's purse to grab" over a crescendo of organs and acoustic strums that carries the song to an end. And with that admission,  his signature harmonica opens the next track -- "So, Anways." Adams betrayed his fans and the expectation seems to be for forgiveness, for them to simply move forward. To that notion I say, "Easy, tiger."