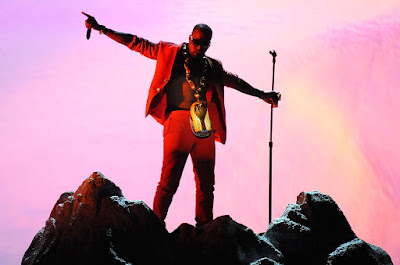 The following is a list of what I consider the best hip hop albums of each of the respective past 20
years, along with honorable mentions for each year. 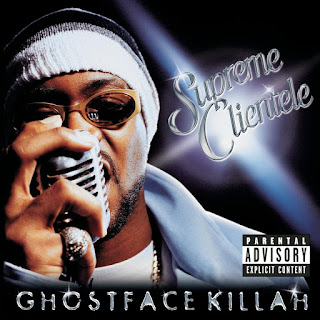 I bought Supreme Clientele from Record Town during a trip to Oakland Mall with my mother. I remember its cool CD jewel case with the gummy silver color. On the drive home, I popped it into my Discman and was blown away. No other Wu Tang record outside of Cuban Linx knocked me out like Ghostface rapping about baked ziti, crashing high speeds strawberry kiwi - it was a sugar high that only the greatest albums can deliver. 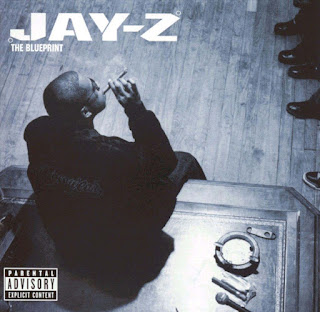 The Blueprint was released on 9/11. I was a junior in high school and in a computer class when announcement went on the PA that a plane flew into the World Trade Center and our teacher turned on the television and we stayed glued to the tube as the day's events unfolded. We had a full day of school but the attacks were the only thing discussed in classes. After school, perhaps subconsciously seeking a sense of normalcy, I drove to Best Buy and purchased the new Jay-Z album. From the opening track of "The Ruler's Back" the vibe was that this was an instant classic. When I came home, the 9/11 coverage was on pretty much on every channel. 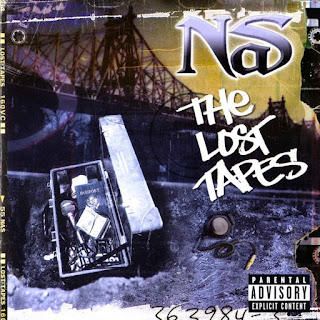 During the Napster era, you could create your own mixtapes on cds and hunt down bootlegs and rare tracks. There were also pirates who leaked albums before their official release date. This happened to Nas with his '99 album I Am.., which he went back and recorded new material for after the bootlegs appeared. The Lost Tapes compiled leaked and discarded tracks from Nas' millenium era and this official release of a mixtape helped to legitimize the mixtape craze that would have its golden era in the 2000s. 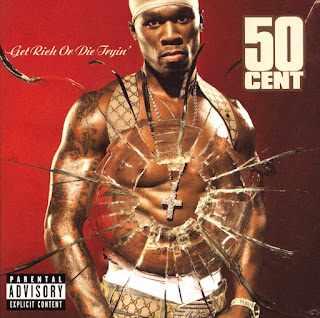 When I was a senior in high school, I would DJ at the school store in the mornings and I remember playing a *clean* version of "Wanksta" - an absolutely huge record at the time - and my high school peers swarmed to the little shop like bees. It was only a preview of how dominant 50 Cent would be as "In Da Club" perfectly captured that era of millennial house parties. My friends and I went to the album release concert at the State Theatre, and when Eminem joined him on stage for "Patiently Waiting," people lost their goddamned minds. 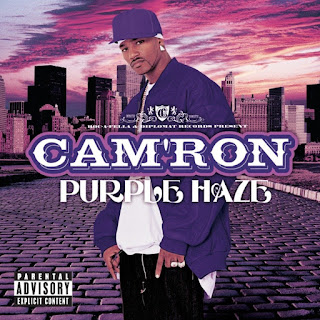 "Canary burgundy: I call it 'Lemon Red'
Yellow diamonds in my ear, call 'em 'Lemonheads'
Lemonhead, end up dead, ice like Winnipeg
Gemstone, Flintstones, you could say I'm friends with Fred
You unhappy, scrappy?
I got Pataki at me
Bitches say I'm 'Tacky Daddy,'
Range look like Laffy Taffy" 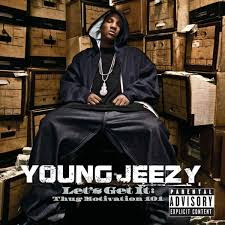 I wasn't a fan of Young Jeezy at first. I thought "So Icy" was totally wack. But as he continued to dominate the video playlists of MTV Jams and BET, I came around. Plus, his songs soared on the car stereo. 15 years later, Jeezy is still releasing top-shelf trap muzik and remains relevant in hip-hop, outlasting many of his mid-aughts peers (Mike Jones, who?). 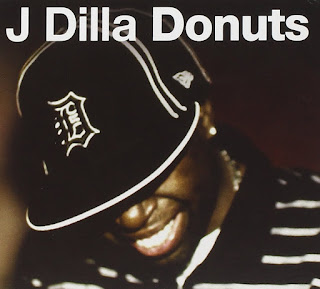 Distinct memories of driving down the Southfield Freeway as Donuts hummed along. Jay Dee became everyone's favorite producer at this point, shaping the mold of Motown hip hop and beyond for years to come. 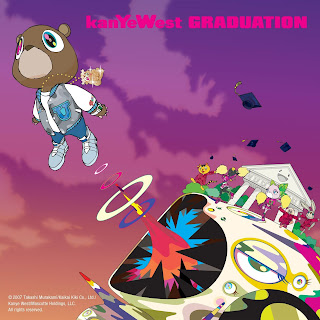 I'll never forget dancing to "Stronger" on a Tuesday night at Gigi's on Detroit's far west side. The run-up to the release of Graduation was ripe with hype and beef, with an odd battle with 50 Cent over who would have the bigger first week sales - Kanye won. He prevailed because by this time he became a pop superstar with a Midas touch and Graduation still glistens bright like 24 carats. 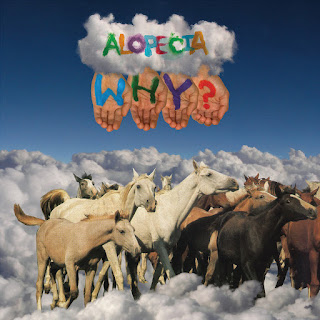 2008 was heavy year for me. Post undergrad, living in my small apartment in Royal Oak, working at Real Detroit, romantically paralyzed with the Great Recession lurking around the corner. Alopecia was definitive soundtrack of those surreal days. Yoni Wolf was the Ian Curtis of rap, tearing me apart. 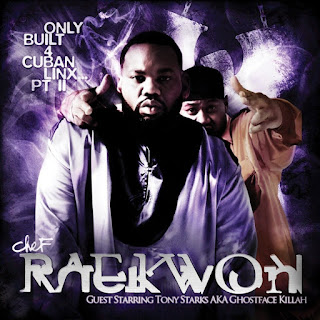 Raekwon had been teasing a sequel to his Cuban Linx classic for years. So in 2009 it was surprise when it finally arrived AND delivered the goods. Wu Tang Forever. 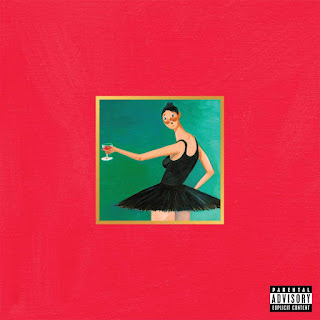 My Beautiful Dark Twisted Fantasy is the most mature and realized Kanye West album, the culmination of all his previous experiments and indulgences perfectly distilled, embracing his ego and humoring himself. "POWER" and "All Of The Lights" are the purest moments of pop, with the former being a movie trailer mainstay, fit for the main event moments on the soundtracks of everyone's life. 2010 was the turn of a new decade and the goodbye to the previous one, so it's fitting that the most important and influential musical artist of the last 20 years would release his most celebrated album firmly in the middle. Yet for all of his gaffes, lukewarm Christian rap and Trump gambits, in the end, there is no denying the music of Kanye West. 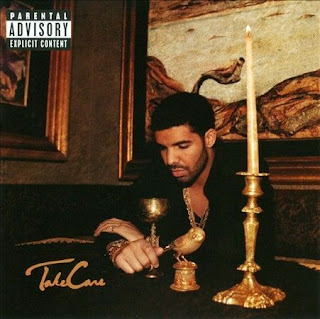 Drake is a polarizing artist. But most of the true masters are. Take Care was Drake's takeover of the hip-hop crown, as he perfected a formula to balance commercial and street appeal that spanned the rest of the decade. Although he is a diehard Toronto Raptors stan, the NBA legend he mirrors most is LeBron James, a calculating Swiss army knife craftsman who ruffles feathers and bops heads. 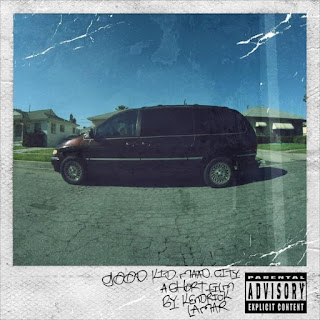 Kendrick Lamar is to Compton what Chinatown was to film noir.  A tribute to a signature sound that also breathed fresh air into the genre and is better than many of the era's best. And as with Eminem, he awakened Dr. Dre. 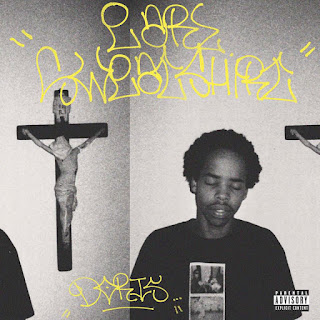 Doris delivered on the promise of Odd Future's potential, something that Tyler the Creator showed glimpses of but for me never fully realized. In the moment of 90's boom bap revival, Earl peppered his neurotic flows over Neptunes and RZA beats as if he was ODB on Ritalin. 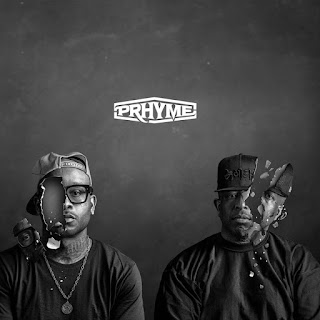 Some 15 years after their exquisite collaboration "Boom," Royce Da 5'9" and DJ Premier joined forces as PRhyme. Over his legendary tenure, Premier has been the beatmining muse of various rappers outside of Guru (M.O.P., Nas, Jeru The Damaja) but there is nobody that he elevates quite like Royce. Premier provided a sublime slab of orchestrations for Royce to sprinkle his wordplay wizardly, with each channeling the best flavors of their respective hometowns. 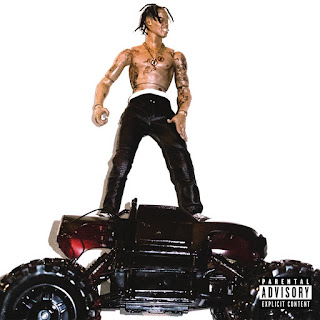 The sound and style of Travi$ Scott is a smorgasbord, a gumbo, a stew, a melting pot - swirled into one, then deep-fried for extra crispiness.  Rodeo might not be Scott's best album but with that could be tantamount to picking your favorite Michael Jordan Finals run where even on this album Scott switches from dunking, to bombing threes and splashing fade-a-ways that the razzle-dazzle is infinite.

Honorable Mentions:
Drake - If You're Reading This, It's Too Late
Drake/Future - What A Time To Be Alive 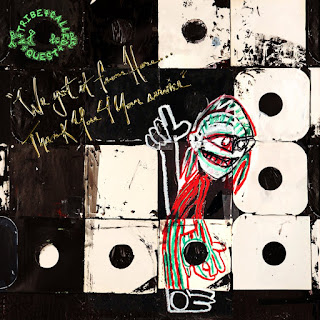 A Tribe Called Quest - We Got It from Here... Thank You 4 Your Service

The first Tribe album since their 1998 swan song The Love Moment was released on 11/9, now infamous in memory as the electoral victory of Donald J. Trump. Universal acclaimed as a triumph, it was readily equipped in that moment as a political flamethrower, containing ammo such as "We The People..." Yet four years later, as Trump's time in the White House nears an end, that the album closer "The Donald" is in fact a tribute to the late Phife Dog is a sober closer and reminder that the best music outlasts its moment. 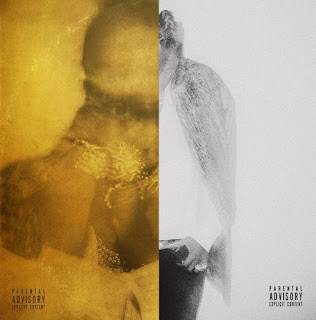 Few artists can match the prolific output of Future and in 2017 Future went all in with a double solo album release on the same day and a collaborative album with Young Thug later in the year. All of the albums are solid on their own but combined there is just too much stellar content to deny, even when considering albums like DAMN and 4:44 are probably the better singular efforts, Future just flooded the block with heat and "Mask Off" was volcanic. 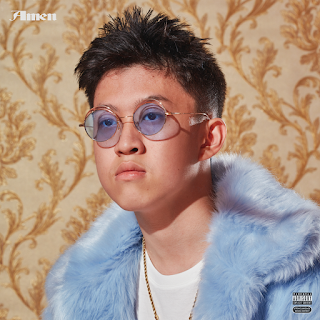 The 88rising flagship and fanny pack rapper has been cosigned by the RZA and pulls off figure staking in his "Cold" music video. Amen established Rich Brian as a groundbreaking artist who deftly dodged gimmicks, elevated by his infectious charisma and crafty songwriting. 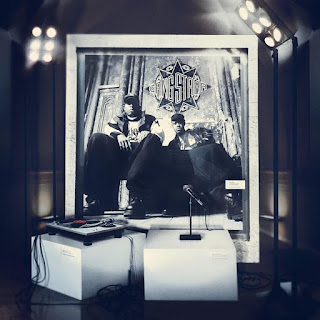 Gang Starr - One of the Best Yet

Despite the controversy surrounding its release, it was a blessing to receive a Gang Starr album many years after their break-up and untimely passing of Guru. Aside from the few modern guests (J. Cole, Ne-Yo) One of the Best Yet sounds frozen in time, recalling the vintage of Gang Starr's '90's prime as if this record was recovered in the tunnel and dusted off. They just don't make 'em like this anymore. 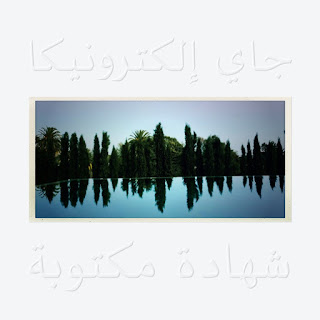 Jay Electronica - A Written Testimony Jay Electronica, an artist who gained fame on MySpace over a decade ago, released his long anticipated debut album just two days after the WHO declared COVID-19 a global pandemic. Cool as menthol, this record was a soothing balm in that moment, a riveting trip through the cosmos that feels epic despite its 39 minute length. Jay Electronic churns the primal spirit of the wilderness and the digital depravity of the modern metropolis, with Jay-Z hovering around the album like the Obi-Wan to Jay's Skywalker. A Written Testimony is the rare album where the listening experience is inter-dimensional.