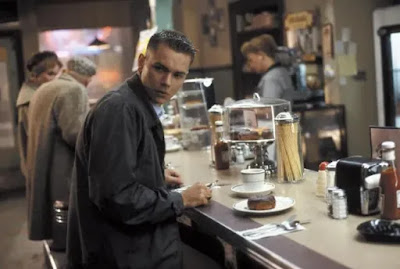 Catch one of River Phoenix's finest performances tonight (10/13) on TCM!

In San Francisco during the early years of the Vietnam War on the eve of the JFK assassination, Phoenix plays a marine who has reservations about subjecting a waitress (Lilli Taylor) to a cruel prank. Overshadowed in Phoenix's early '90's canon by My Own Private Idaho, also released in '91, be sure to catch this gem that features a great soundtrack and one of River's best hairstyles.