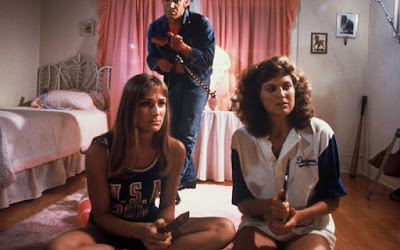 Although the thought of physically going to a theater to watch a horror movie might be more terrifying than normal and that there might not be any films to watch aside from the classics (you can catch Halloween at the drive-in), it's still October and everyone is entitled to at least one good scare.

Fortunately, there are some great selections to binge on both in the streaming and physical media worlds.

The Criterion Channel is a featuring an excellent offering of both essential horror classics (The Texas Chainsaw Massacre) and rarities (Peeping Tom). The 29 film '70s Horror collection' is a great starter and I'd definitely recommend the obscure cannibal flick Death Line (with a pre-Halloween Donald Pleasance) and the John Grisham medical thriller Coma featuring the fresh faces of Michael Douglas and Tom Selleck. Addtional recommendations are the minimalist LA 80s slasher The Slumber Party Massacre, Bong Joong Ho's The Host and Michael Haneke's Cache. 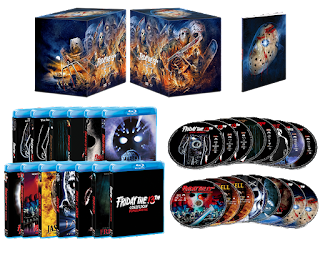 On the 13th, Scream Factory will release the deluxe limited edition collection of the Friday The 13th films, spanning the entire franchise from the original 1980 classic to its '09 remake and everything in between. A majority of the films in this box set have received new remastering and along with the special features and wicked packaging, this presentation is sure to beat the typical cable TV marathon I grew up with.