Late Summer Albums for Bicycling in a Pandemic 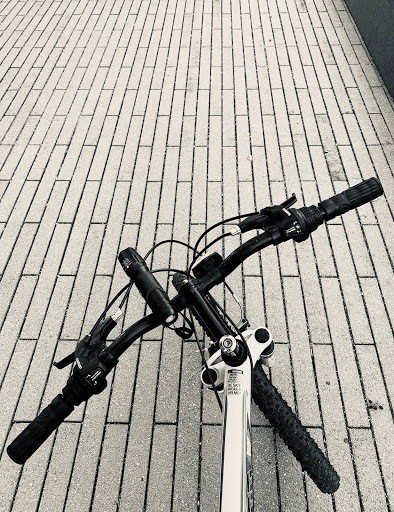 Taking on spin with new albums from Nas, The Killers, Erasure, Bright Eyes and Washed Out.

It's beautiful outside and the white clouds and blue sky are saturating my eyes like the highest definition television set. Hyde Park is a ghost town and I'm peddling across the pavement where leaves are still splayed since last fall. I am still the same as I was in 8th grade, listening to a new album from Nas in 2020 like it's 1999. On "Ultra Black," Nas shouts out the Motown Museum in Detroit and raps "No matter your race, to me, we are all black" - it makes me smile inside and out. We all originate from the same motherland. King's Disease is a blunt title and given the current affairs you can interpret it in multiple ways. More importantly, the album is bloat free and one of Nas' most effective efforts in years, teaming up with Hit Boy as his single beat supplier envelopes him in a cohesive vibe. Those that were left disappointed after the Kayne composed Nasir will find redemption, although this recent Nas renaissance began with The Lost Tapes 2 from last year. For many, the album's highlight will be "Full Circle" where Nas reunites with the original Firm lineup (AZ, Cormega, Foxy Brown) for a smooth throwback to the mid-90s R&B infused tracks from It Was Written. All four are particularly inspired here, with AZ elevating his lyrical output as he often does when slated on a track with Nas. With the bluetooth headphones hugging my ears, my Schwinn skates through Midway Plaisance as "Til The War Is Won" pumps into my eardrums, which elegantly flips a piece of Nicholas Britell's score from If Beale Street Could Talk, as Nas, a sharp tongue like James Baldwin, spills wisdom over the concrete.

The Killers have outlasted all the haters and naysayers. Hot Fuss, their debut breakout from over 15 years ago, boasts the hit "Mr. Brightside", which has nearly a BILLION Spotify streams. I once danced dramatically to it at a family wedding, imitating Brandon Flowers' Morrissey-eqsue theatrics from the now-classic music video. Hot Fuss was released during my undergraduate years and here The Killers are in 2020, still chugging along and dropping a new album (their 6th), Imploding the Mirage, that has been accompanied by stellar album and single cover art by Thomas Blackshear that employs a Western theme.  The Killers have always backed up their glitzy visual style with earnest substance, where their best moments aim to be included in the Great American Songbook as it were. This middle-class rooted band that hails from Las Vegas, perhaps the most American place of them all, seems to take the everyday struggles and emotions of ordinary people and wraps them in neon and rhinestone. What is a mirage to men who come from the desert? Is to implode it just to snap the fingers back to reality from the coma of the American Dream? Being awake and alive, cycling between heartbeats and exuberant exhales, never felt so good. Contributions from Lindsey Buckingham ("Caution") and k.d. lang ("Lightning Fields") are two of the album's brightest spots yet Flowers remains the guiding light for the entire journey. As I bike through the paths, around the lake, wind at my back, in touch with nature and community, Imploding the Mirage complements this trip where the horizon seems infinite.

Andy Bell's angelic falsetto engulfs me as I wind down Lake Shore. Vince Clarke's synthesizers are as quenching as the water bottle fastened to my bike. Over the span of 30 plus years and 18 albums, I seem to always have a new favorite Erasure track that appears when shuffling through their discography. This summer it was the remix to "Star" from their 1989 album Wild! It is so refreshing and bursting with joy, unlike anything else you will hear from today. If it were not for the corona, I would be gearing up to see The Pet Shop Boys and New Order play together live on the shores of Lake Michigan in September. Along with Erasure and Depeche Mode, PSB and New Order are the most regaled '80's synth-pop bands that were an incredibly foundational part of my youth. In these bike rides around Chicago this summer while listening to the singles leading up to their new record, The Neon, I realized that of those four bands, Erasure has aged the most gracefully, continuing to release new music that is modern yet strays from trend-hopping. Infusing just enough new flavors to their poppy fizz, their latest sugar kick is as enjoyably classic as Coca-Cola. While Bell's lyrics are sometimes stale ("ride on top of the rollercoaster/walk up the down escalator") they are lifted by his soaring vocals and Clarke's stellar keys. Over a decade ago I interviewed Bell prior to a show in Detroit that I wound up missing and haven't had a chance to catch the duo live in the years since. With a jukebox of classics, they remain a priority on my bucket list. Here's to hoping there will be another chance in tomorrow's world.

When Bright Eyes last released an album, it was 2011, Barack Obama was president and times were different. Yet I always associate the music of Conor Oberst not with those halcyon days but the tumultuous aughties and the previous administration of George W. Bush. In 2020, Donald could easily be substituted for George in Oberst's acoustic protest song from 2005, "When the President Talks to God," and those lyrics about voter fraud and playing golf are even more relevant today. Despite a near decade hiatus, Down in the Weeds, Where the World Once Was proves Oberst and co. have not lost a beat and their brand of neurotic folk is just as fresh and furious today as it was in the iPod age. Stellar songs like "Just Once in the World" and "Marianna Trench" beg to be played live, with the latter cut featuring a walloping bass groove courtesy of Flea and Obert's hipster fables: "The closing bell death tolls/ Hear the market crash/A crying trader swears he’ll get out of the game/The cowboy drinks himself to death/Fresh out of rehab/While they’re loading all the rifles on the range." When Bright Eyes reemerged out of the blue early on in the pandemic with the single "Persona Non Grata" I thought: how appropriate a song title as Rudy Gobert became the face of a suddenly shuttered NBA season while the WHO declared COVID a global pandemic. The haunting piano ballad complete with a crescendo of bagpipes engulfing Oberst's somber eulogy for those cancelled or erased: "Left your innocence there/In Tiananmen Square/You were filled with despair." Admittedly, Down in the Weeds is a bit of a downer for a bike ride and perhaps better suited for curling up on the couch while it bellows from a premo stereo as you skim the newspaper's depressing headlines with a autumnal Yankee candle burning on the coffee table.

Staring out at Lake Michigan from under the shade at Promontory Point, the cool breeze rustles my tank top. I often make a pit stop here, parking my bike and taking swigs from my water bottle. It's good people watching as small crowds barbecue and the aroma of cannabis circulates. Floating on as a bystander all summer long. Washed Out makes good people watching music and his latest, Purple Noon, is a delightful chillwave daydream. I take the title as a reference to the classic film starring French heartthrob Alain Delon as the con-artist Tom Ripley. Through ten serene tracks, Washed Out's soothing synthesizers accompany my lazy coasting as I weave through lakefront pedestrians strolling to who knows where. Purple Noon whisks me away to a better time and place. In a moment when many say we're all in the same boat, my mind feels better lost at sea.