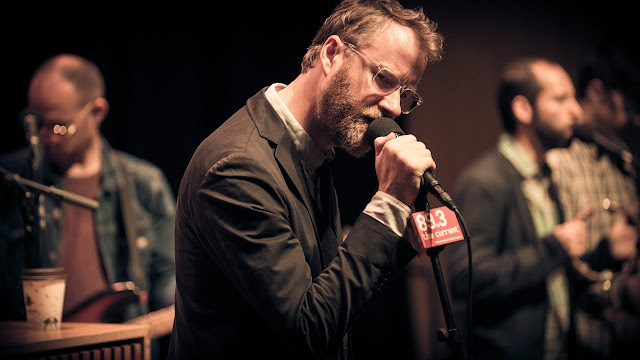 My musical memories of the aughties were defined by undergrad, DJing (college radio, small gigs in Detroit area clubs) and as a writer/music editor at Real Detroit Weekly, an alternative weekly that eventually merged with the other Detroit paper, the Metro Times, in 2014. In this last decade of the 2010s or twenty-teens (what are we calling it, anyway?), I have admittedly become less prolific of a musical listener and writer as I was before. Last weekend, my cousin asked me what I was listening to lately and I replied that I was working on organizing a playlist of all of the music I've been listening to in the last decade, and then I launched Spotify to rattle off some records I had been digging.

In this past decade I began working in healthcare, moved to Chicago in 2017 and am completing grad school at The University of Chicago. All of which I can imagine have influenced my tastes in music and culture at large. In the last month during my daily walks to campus, with my ears cuddled by headphones, I've been revisiting my favorite songs and albums from the last ten years. It was also an opportunity to dial down the podcasts.

When I launched this blog in 2016 from my apartment in Southfield, MI, it was intended as a means to reconnect with the music writing I had took a sabbatical of sorts from in the beginning of the decade. After my tenure ended with Real Detroit in 2008, I would occasionally contribute to Jeff Milo's Detroit music-centric blog Deep Cutz and the LGBT weekly Between The Lines (edited by another friend, Chris Azzopardi) and even had a by-line in the Metro Times, the paper that would eventually absorb Real Detroit.

When I began posting on this blog in 2016 two things had changed, the local Detroit scene I was once connected to had evaporated from my life and and I had no audience or social media presence. Secondly, I began to focus mostly on writing about film. Although I always had a passion for music, it was movies that were always my first love since a young adolescent. Streaming, the blu-ray collector community, Criterion, Letterboxd, podcasts (Pure Cinema, Bret Easton Ellis) and other outlets along with great arthouse theaters in Chicago (Music Box, Doc Films, etc) have allowed for the cinephile in me to flourish.  Also, the desire to start revisiting another chapter in my young life, my own original writing, has been kindling in the background as I sludge through graduate school. A return to radio or DJing is also another hobby I am hoping to return to.

What this means for the coming decade and this little blog, I am not sure yet. An occasional essay on a new or old film, a current event or musical happening is still a probability, but I plan to focus more on creating than documenting and dissecting in the 2020s.

For now, enjoy a Spotify playlist of my favorite songs from the last decade (in no particular order) and a list of my Top 20 albums, in order (also compiled into playlist at the bottom of post). A recap of the decade in movies will come soon to close out the year, and this decade. 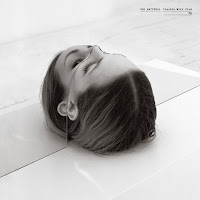 1. The National - Trouble Will Find Me (2013, 4AD)
Choosing an album from the reliable dad rockers as my number one seems bland. But, this is The National at their most potent, every song a ticking time bomb or a flailing Molotov cocktail stuffed into your heart. Every track is nuanced and layered, simmered to perfection with The National fleshing out all their best ideas into a harrowing, sobering album, deep with lows and soaring with highs. It is about the existential dread that comes with living life knowing we can't avoid bad things. Trouble Will.. and did.. Find Us. But life still goes on. We have a drink, a smoke, say fuck it and keep going. 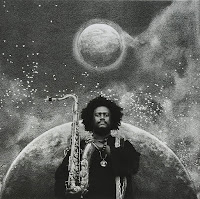 2. Kamasi Washington - The Epic (2015, Brainfeeder)
The Epic is EPIC, a bold debut from a bonafide legend in the making who announces his arrival on the opening track "Change of the Guard" and precedes to melt your brain over three "discs" - whisking you away on a majestic jazz journey. 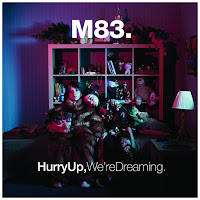 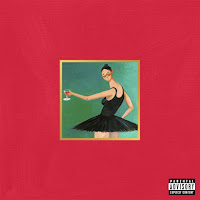 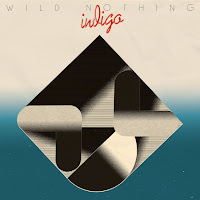 5. Wild Nothing - Indigo (2018, Captured Tracks)
I recently posted my list of the most overrated artists of the decade... Wild Nothing, with two albums on this list, are my most underrated. A perfect record in the vein of Roxy Music's Avalon... with dashes of early Cure. 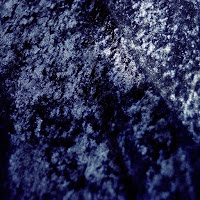 6. Fort Romeau - Insides (2015, Ghostly International)
Dark and sensual gay grooves to get you through to the other side of the moon. 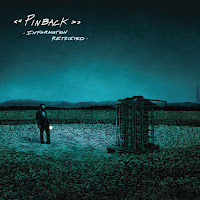 7. Pinback - Information Retrieved (2012, Temporary Residence Ltd.)
Pinback only released one album this decade and it was this tour de force and what I would argue is their best yet, a tightly executed, artisanally distilled collection of their signature patterns and grooves. And then there is "Denslow, You Idiot!", a winding, mysterious gem about(?) L. Frank Baum and William Wallace Denslow.. and then I realize Rob Crow is one of the most brilliant singer-songwriters of our time. 8. Wild Nothing - Nocturne - (2012, Captured Tracks)
Nocturne is more brooding than the lush Indigo, but it is still an opulent oasis of new wave revival, a melancholy soundtrack to a lost Brat Pack film that was left on the cutting room floor. 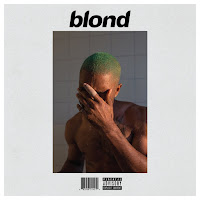 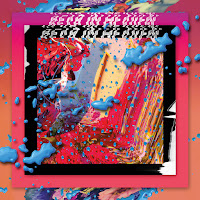 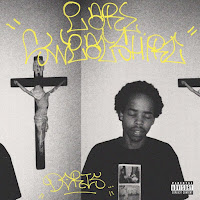 11. Earl Sweatshirt - Doris (2013, Odd Future)
Doris is not as seminal as Illmatic, yet its solitude and intimacy are harrowing, and like Nas' debut, there won't be anything else like this one again. 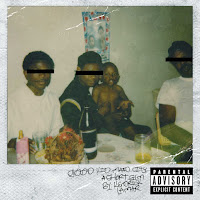 12. Kendrick Lamar - good kid, m.A.D.d City (2012, Top Dawg)
Kendrick has produced better works of rap fine art since, but nothing is a endlessly listenable and exciting as his Aftermath debut - a certified Compton classic. 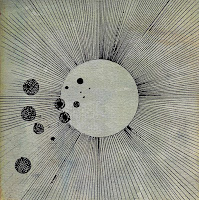 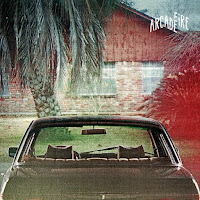 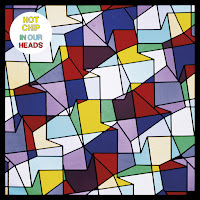 15. Hot Chip - In Our Heads (2012, Domino)
Some of songwriting on this album ("Motion Sickness") just hits my chest like a ton of bricks. This is Hot Chip's "80s Fleetwood Mac" album. I'm not sure what that even means but I always felt that it best describes the vibes. 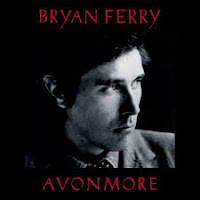 16. Bryan Ferry - Avonmore (2014, BMG)
As a huge fan of Roxy Music and solo Bryan Ferry, I finally had the chance to see him live at the Fox Theater in Detroit in 2016. He blew the lid off the place, still as suave as ever. Avonmore was perhaps his swan song and a twilight touchstone. 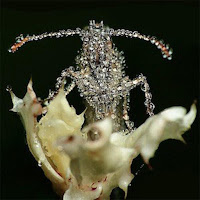 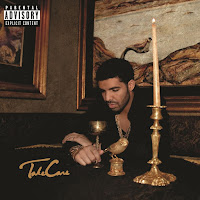 18. Drake - Take Care (2011, Young Money)
Drake was all over the fucking place these last ten years (Spotify's most popular artist and my most played apparently) and it didn't feel right without putting one of his albums on this list. But, most Drake albums are rather uneven. It's the singles, b-sides and features that are his calling card. Take Care is perhaps his real breakout and the most cohesive album. 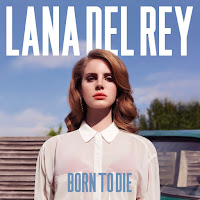 19. Lana Del Ray - Born to Die (2012, Interscope)
There were a lot of haters when Lana first showed up. Her nostalgia beckoned for a return to a cooler, edgier America and she has created and expanded upon her own original style and sound and rode it being one of the best artists of the decade, pumping out great albums and songs. 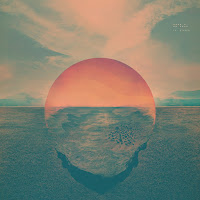 20. Tycho - Dive (2011, Ghostly International)
A Yoga class for the ears. One of the most chill albums ever.


Thank you for reading, whoever and wherever you may be.
-Tom 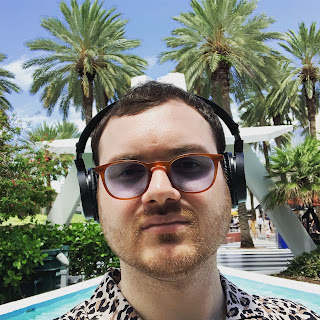