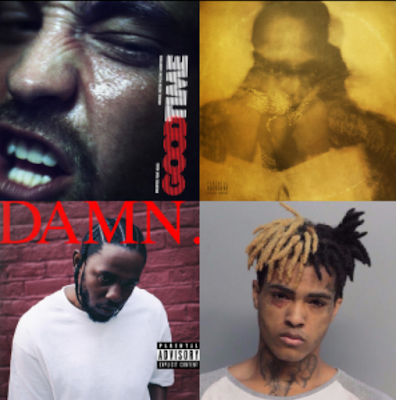 Another year, another holiday party. This one flew by, didn't it?

In 2017 we should all realize we're not perfect. We are a nation that elected Donald Trump as our President. We are a human race that still allows the horrific regime of North Korea to exist. We have laughed at Louis C.K.'s jokes and watched Charlie Rose ask the tough questions while all along there were Big Little Lies being swept under the rug. We are all flawed. Even Jay-Z, the penultimate cocky billionaire looked into the mirror and saw the pitfalls of the id and egomania.

Leonardo da Vinci was gay. The polio vaccine was developed from cells taken from Henrietta Lacks without her consent. There is so much of history to come to light - we don't have all the facts and we never will. We don't know enough about each other. We don't know jack. I guess Kendrick Lamar said it best: "Bitch, be humble."

There was plenty of great music released over the last year and some change. I have not listened to everything. I'm not a taste maker, I don't have the best list. I don't know what the album of the year really is. But here are 50 of my favorite songs or what I think are the most significant or interesting pieces of music from the last year... (headphones recommended)