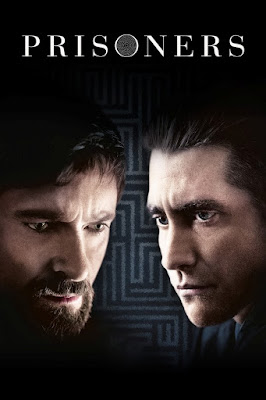 I missed Denis Villeneuve's Prisoners when it was released theatrically in 2013, which I sorely regret. Since watching Villeneuve's Arrival in November it has been on my check-list to get familiar with his oeuvre after being previously perked by Enemy and Sicario and with his hotly anticipated Ryan Gosling and Harrison Ford tag-team reboot of Blade Runner due out this October.

I've also become an increasingly bigger fan of Jake Gyllenhaal as time wears on and was suspecting that Prisoners, his other film with Villeneuve along with Enemy, would be another harrowing collaboration. Jake was mind-blowing in Nightcrawler (even in Southpaw) and his performance in Enemy is one that will never leave me. I'm still eagerly awaiting the chance to watch him in Tom Ford's scarcely screened Nocturnal Animals from last year. Randomly snagging a rental disc from my local library, Prisoners turned out to be one of the darkest movie-watching experiences I've had recently but also one of the more rewarding ones.

Stylistically, Prisoners is a knock-out, with rainy, snowy drenched backdrops and a menacing mood reminiscent of David Fincher's Zodiac. One minor element that also stuck with me since the initial marketing of the film was the maze emblem inside the "o'" in Prisoners' artwork and after watching the movie its significance is much stronger and haunting. Unlike Arrival, which I do admire for its grand technique, Prisoners is intensely intimate and boasts a tightly composed story, whereas Arrival begins to fizzle when it's time to unravel the mystery.

Prisoners begins as a missing person, whodunit case, where two families experience their worst nightmare when their daughters disappear on Thanksgiving. Hugh Jackman gives his best non-Wolverine performance as the one of fathers, Keller Dover, a blue collar man broken down and pushed to the edge by his daughter's abduction. Villeneuve swiftly weaves a thriller and character study together, as we begin to the see the dilemma unfold between Dover's actions and Detective Loki's (Gyllenhaal) police-work -- these are two men who share a goal but can't seem to get on the same page. Jackman's riverting performance is at the center of this film and he ricochets off the rest of the remarkable cast, with Terrence Howard, Paul Dano, Viola Davis and Gyllenhaal catching hell from Dover's vengeance, as he kidnaps the freed, presumed innocent suspect Alex Jones (Dano) and begins to torture him.

Prisoners make a compelling comment on those that are held captive by themselves and others, those who are confined mentally and physically, by grief or gates. Pulling no punches right up until its clever, cliffhanger climax, Prisoners is essential viewing and features Villeneuve, Gyllenhaal and Jackman at their best. 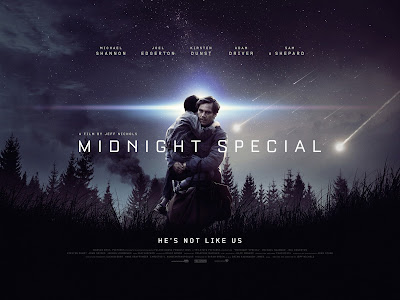 Another actor-director tandem, Michael Shannon and Jeff Nichols, teamed up for two films in 2016 -- Midnight Special and Loving -- with Joel Edgerton in the mix making it a trio as he starred in both films in well. But the bond between Shannon and Nichols is stronger, as they've worked together on all five of Nichols' feature films.

Midnight Special lands on the opposite spectrum of Prisoners, where instead we find a boy with supernatural powers, Alton Meyer (Jaeden Lieberher), who is kidnapped from his adoptive religious colony by his birth father Roy Tomlin (Shannon) and buddy Lucas (Edgerton) as they make a getaway fleeing law enforcement, the feds and the religious cult's henchman. In Nichols' Take Shelter, Shannon was a man suffering from doomsday visions, a character Shannon transposes in Midnight Special with a rebellious element of danger as he's driving his son directly into the eye of the storm.

Midnight Special starts off roaring, with the two men running away with Alton, and it's in those chase sequences and escapes where it captivates. Dialing up the special effects, Alton has a pretty twisted talent of being able to beam some wicked white light-rays from his eyes, and he can manipulate machines and reality; one highlight is a interrogation scene with Adam Driver, who amusingly plays a NSA agent, where Alton's wizardry is put into good effect. But Alton and the rest of the characters in the film are quite undeveloped, along with the religious cult story-line, which just amounts to a couple dudes from the church trying to snag Alton back, although for what motivation and use they have for him,  it's never explained.

Midnight Special has more in common with Arrival as a science-fiction thriller, yet Arrival is more visually compelling on a cinematic scale whereas Midnight Special almost borders on a mini-series and doesn't boast lasting aesthetics. The final scenes in Midnight Special, where the extraterrestrial beings arrive to whisk away their kindred spirit Alton, fall flat in comparison to Arrival's bombastic alien ship sequences, let alone the Spielberg masterpieces E.T. and Close Encounters of the Third Kind the film attempts to mimic. With a half-baked story and some pedestrian effects, Midnight Special operates more as a getaway movie than sci-fi juggernaut, a Bullit with paranormal themes. At times, it reminding me of the thrills and chills of the chases in the original Terminator, but not nearly as special. 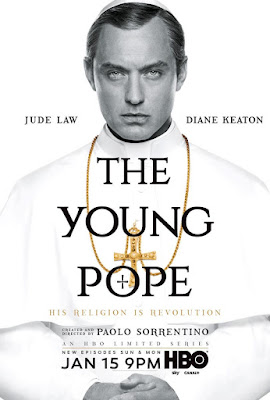 If Don Draper were to have been elected to the papacy, it wouldn't be too far off from Jude Law's character in HBO's new limited series The Young Pope. Conceived and directed by Paolo Sorrentino (Youth), the maniacal, jaw-dropping program is bound to make any Catholic blush. Jude Law plays newly anointed Pope Pius XIII, a young American archbishop from New York who proceeds to turn the Vatican upside down.

Law is a devilish delight as his holiness, taking the asshole he humorously portrayed in Dom Hemingway and giving him a pulpit and robe. Pope Pius is a rebel: he smokes cigarettes, could be secretly atheist and craves Cherry Coke Zero. Judging from the premiere episode (the entire season has already aired in Italy), The Young Pope is not to be missed. Sorrentino parodies the Vatican with a Family Guy wit with priests who are at once plotting and playful. The breathtaking beauty of St. Peter's Basilica is not lost from Sorrentino's lens, where the lavish set design transports us to Rome and behind the scenes at the Vatican where there is plenty of cleric intrigue to be found. Tune in for the humor, stick around for the confessions.