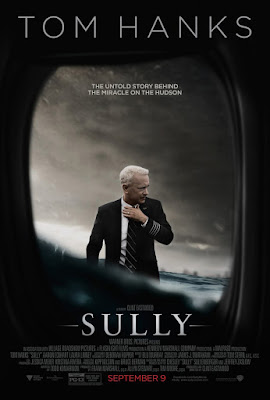 In 1994 I was 9 years old and wasn't allowed to see Pulp Fiction, True Lies, Speed or the dozens of other R-rated fare that was at the box office that year. But as a young cinephile I was aware of these films and they were scribbled on to a long list of movies I wanted to sneak in or convince my parents to allow to me watch. Of course I shared in the love of The Lion King and The Mask with the rest of my adolescent peers, but there was a curious obsession with the forbidden -- both the sublime and the schlock. The hot mess poster of a bald, sunglassed Woody Harrelson in Natural Born Killers spoke to me.

Juxtaposing Pulp Fiction and The Lion King, '94 proves to be a watershed year at the box office, where great films were making good money and most blockbusters were good films. Tarantino went on to lose the Academy Award for Best Director and Picture to Robert Zemeckis' Forest Gump, a film which seems to have been largely forgotten when discussions of iconic cinema of the '90s is brought up today. Millennials probably hold more vivid memories of Elton John's songs from The Lion King than of Tom Hanks' poignant musings about a box of chocolates, while Pulp Fiction (along with say, The Crow and Leon: The Professional) have grown in legend and influence.

However, there are probably no movies released in 2016 that will be as oft quoted as the lines in Forrest Gump were in the mid nineties. For as fun as Doctor Strange is, he's not as memorable of a character as Gump, he's just a reheated Tony Stark to begin with, although a gourmet one thanks to a truly witty Cumberbatch. Contrasted with today's rise of the "victim culture" and "social justice warriors," the "town idiot" played by Hanks was a lovable dolt who we can laugh with, at and root for. He was bullied and mocked, but he won people over none the less.

Forrest Gump had an IQ of 75 but a personality of 1000; which is more than we can say about the empty vessel that is Chiron from Moonlight, who just sort of is. I'm starting to think that Denzel Washington's Fences could soon overtake some of Moonlight's thunder, in the sense that its characters seem to be oozing charisma, and the passion from the leads is reaching out from the screen during those trailers. Both films seem to deal in black masculinity, father figures and sons who might not "fit in."

After collaborating with Hanks again in 2000's Cast Away, Zemeckis dipped into heavy CGI and animated movies before returning to prestige pictures with 2012's Flight which starred a marvelous Denzel. Since then Zemeckis has been on a twilight Hollywood run, following up Flight with the gorgeous World Trade Center ode, The Walk, last year. Currently in theaters is Allied which features a muse in Brad Pitt -- who it feels was born to work with Zemeckis -- eternally chiseled and charming on camera, a perfect marriage for the grandiose director. Plus, Pitt is in Allied doing what audiences love watching him do: killin' Nazis. 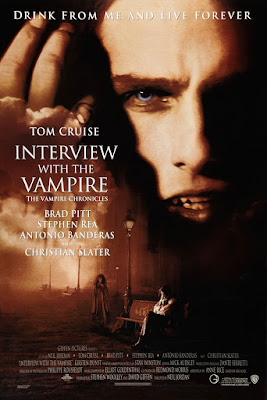 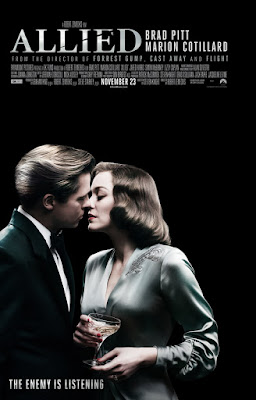 Pitt was just beginning to bloom as a Hollywood leading man in '94, starring alongside Tom Cruise in Neil Jordan's Interview with the Vampire. While not as artistic as The Crow or Pulp Fiction, Vampire feels modern alongside today's cinema, especially considering the popular Twilight saga. Cruise is manically great as Lestat and the film is carried by the terrific on-screen chemistry between he and Pitt  --  along with a fiery teenage Kirsten Dunst and the ever suave Antonio Banderas.

Vampire is also fabulously camp and seductively homoerotic, it's bewildering that the Scientologist Cruise even agreed to the role in the first place. It's certainly a movie such big stars as Cruise and Pitt would not do today and is sexier than most supposed "game-changing" LGBT vehicles out currently. Pitt still seems to pick the occasional passion project or challenging screenplay, whereas Cruise hasn't taken a risk outside of popcorn flicks in years. At least Edge of Tomorrow was a fresher approach than this year's Jack Reacher sequel or yet another Mission: Impossible movie from 2015.

The always reliable everyman, Hanks has remained as strong of a box office draw as Pitt and Cruise over the last twenty years. Ron Howard and Speilberg still keep him on speed dial and his portrayal of hero pilot Captain Sullenberger in Clint Eastwood's Sully showcases his graceful on-screen maturation from an astronaut twenty years earlier in Apollo 13 to a grizzled airman who performed the "Miracle on the Hudson."


And who could forget Woody from Toy Story, slated for Hanks to reprise the role in 2019.

Jim Carrey had three hit comedies in '94 that grossed over a half-billion dollars, meanwhile Kevin Smith's directorial debut, Clerks, was an influential indie smash and The Shawshank Redemption was a quiet hit that has grown in appreciation and ubiquity over time. Judged by style alone, Pulp Fiction is probably the superior film compared to Shawshank and Forrest Gump but The Lion King may indeed be the most monumental of all, considering how animated films went on to change the landscape -- and the lasting legacy of the live musical version of the movie.

Whether it's Inglorious Basterds, The Hateful Eight, or Django Unchained, Tarantino has continued to inject new life into genres. Supposedly he's only directing two more motion pictures and an ESPN 30 for 30 short film is in the works. How Tarantino would approach a documentary is fascinating, especially considering how brilliant Ezra Edelman's OJ Simpson: Made in America is. 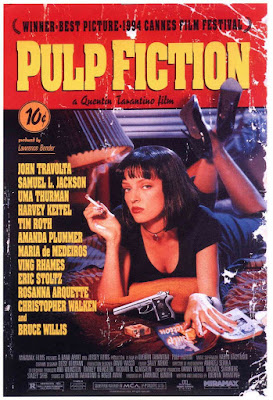 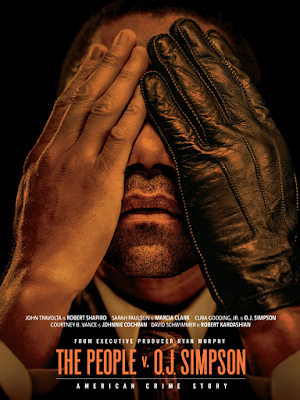 The blurred lines between movies and television has changed profoundly since John Travolta and Uma Thurman did the twist in Pulp Fiction. I'd argue Travolta's best work since then was playing O.J.'s "Dream Team" lawyer Robert Shapiro on the FX mini-series The People V. O.J. Simpson: American Crime Story.

Of course, back in '94, Simpson was just "The Juice," until that fateful white Bronco freeway chase and the subsequent birth of reality television. Perhaps even more vividly than memories of singing "Hakuna Matata," I remember watching it as a 9-year-old on TV and surely everyone else does too.