Up Above: Denis Villeneuve's "Arrival" and Barry Jenkins' "Moonlight" 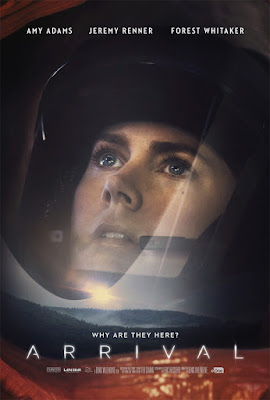 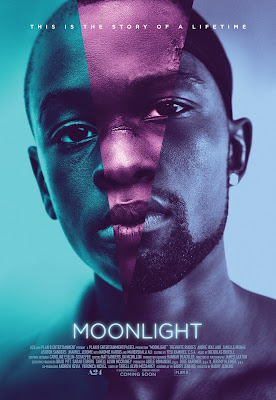 Moonlight opens with darkness as Boris Gardine's "Every Ni##e$ is a Star" seeps through the blank screen. From the get-go, there is a signal that this is a different black film, a different LGBTQ film. Moonlight doesn't compromise for celluloid the harsh reality of the bubble in which these characters wander. Although Gardine's anthem was recently used to open Kendrick Lamar's To Pimp a Butterfly, an album where the black American experience was reexamined with Lamar's unapologetic, vibrant prose, Jenkins' film explores the complexity of black masculinity and sexuality while pointing the lens on the community itself.

While familiar narratives that have been explored in Oscar winning films such as Precious serve as tent poles in Moonlight, Barry Jenkins has directed a poignant, soulful picture that marries the rawness of Hustle & Flow with the grand homoerotic beauty of Brokeback Mountain. In the character Chiron, who is intimately portrayed at three ages by different actors, we are given a stoic boy who has difficulty communicating his desires and fears. And in the face of tragedy, in the end we are given redemption and hope. Moonlight is about going beneath the surface of what people appear to be, the shades of identity that are painfully peeled away to let the inner self shine through.

Although the setting is in south, Moonlight's story could take place under any street lamp post across the country; it's a familiar tale: a young adolescent amidst crack dealers, an abusive addict mother and cutthroat bullies. Told in three acts, Jenkins keeps the stage feel of its source material, the play In The Moonlight Black Boys Look Blue. Working in those blue hues along with cinematographer James Laxton, Jenkins paints a Miami backdrop that is Grand Theft Auto Vice City with splashes of Won Kar-wai and '80s Michael Mann.

Chiron's ebony skin glistens in the night amid the neon lights shining off the distance as he inhales the cool air from the ocean waves, under the stars above he has his first dash of romance, with a fellow classmate Kevin, where a kiss leads to a hand-job on the beach. With lifelike dialogue and hefty performances that rely more on mood than muscle, one feels like an eavesdropper, watching Chiron struggle to find love and acceptance in the cold wild that harbors grave contempt for those that are queer.

Chiron finds comfort in the arms of a trap kingpin Juan (Mahershala Ali) and his girlfriend Teresa (Janelle Monae) who become the unlikely guardian angels in his life. Ali should receive just as much praise for his role in Moonlight as for his stark performance as a bitter former gangster in Justin Tipping's Kicks. Both films feature complex Vito Corleone-style patriarchs (Ali in Moonlight, Kofi Siriboe in Kicks) who dabble in the ruthless criminal underworld but display a soft side towards children.

Juan, who rides in a tricked-out car with big shiny rims, shows admirable sensitivity when he's asked to answer Chiron's question of what a "faggot" is. As Juan watches over Chiron, he's confronted by his mother's drug use and his business interests. Moonlight circles around these vicious cycles as they head towards a vicious vortex. By the time Chiron becomes a teenager in the film's second act, Juan has passed away, and as the bullying intensifies Chiron must fend for himself as he reaches his boiling point.

The last chapter of Moonlight finds a chiseled Chiron transformed into a drug boss like Juan, he now goes by "Black" and he appears nothing like the frail boy who was called "Little" in the film's first act. His mother is now in rehab and they are attempting to mend their relationship, but we get the sense that Chiron is just as vulnerable as an imposing gangster than he was as a bully's prey. A surprise phone call from a grown Kevin (Andre Holland) leads to a reunion between the two. Bonded by their earlier intimacy, Kevin calls bluff on Chiron's disguise, that this buff "Black" with a gold teeth front grin is simply just that, a front. And finally, Chiron opens up and speaks his truth.

Unlike the slow burn of Moonlight, Denis Villeneuve does not give the audience much time to prepare for the contact that occurs in Arrival. Before Amy Adams, who plays a linguist professor who seems to be clinically depressed, can start her morning lecture, her world is flipped upside down when a dozen gigantic alien space shells land around the world and Forest Whitaker shows up in her office asking her to translate extraterrestrial gibberish from a recorder.

Villenueve's last movie was the cartel thriller Sicario, which opened up with guns blazing during a raid sequence. Sicario had a heroine in Emily Blunt who was a FBI agent at the mercy of men's will, the linguist Louis Banks (Adams) is initially rattled by both the extraterrestrials and the military industrial complex, but she eventually emerges as a brave savior.

Both Arrival and Moonlight traffic in the perils of how failure to communicate causes great ruin. Even though Banks is deft in language, she admits it hasn't helped her foster good relationships as Villenueve peppers flashbacks throughout of Banks quarreling with her daughter, who she ultimately loses to a rare disease. The details are murky in regards to the daughter's father, as we only know he and Banks are separated, and that Banks the linguist refers to him as a "scientist."  Chiron's birth father is also mystery, but it's suspected something bad has happened to him.

Where Jenkins keeps Moonlight's structure mostly linear, leading us to a climax we anticipate, Arrival anchors along a sleight of hand, with a bewildering mystery unfolding as to what intentions the tentacled aliens have. The world's super powers draw different interpretations from the cryptic symbols the aliens graffiti with, ultimately leading to a hokey war games event set off by none other than China.

Arrival's problem is not in the failure to launch, Villenueve is a skilled filmmaker with a masterful ability to create suspense and there are plenty of tense moments in the first third of the film that have the viewer on edge and rubbing one's chin. But as the big twist is unraveled, the allure of the unknown wonders become simplified to the illusion of time and space. Unlike the monoliths of 2001: A Space Odyssey or the creators in Prometheus, Villenueve does what great science fiction should not: answer all the questions with no room for imagination.

Arrival is not a space movie, it's barely a movie about aliens. With his 2013 Jake Gyllenhaal vehicle Enemy, Villenueve explored paranormal activity within the confines of one man's strange discovery. Arrival attempts to oversimplify a complex situation with a grand message, whereas his previous works were more laser focused on mortality. Villenueve's next project, Blade Runner 2049, is currently filming and may find the director striking the right balance between ambition and precision.

Moonlight and Arrival are not the most original films of 2016 and are of different scales and scope, but both offer some of the most breathtaking images in cinema this year. Moonlight will likely go on to influence the narrative for future indie filmmakers, and Villenueve's majestic style will be a blueprint for others to trace for years to come.