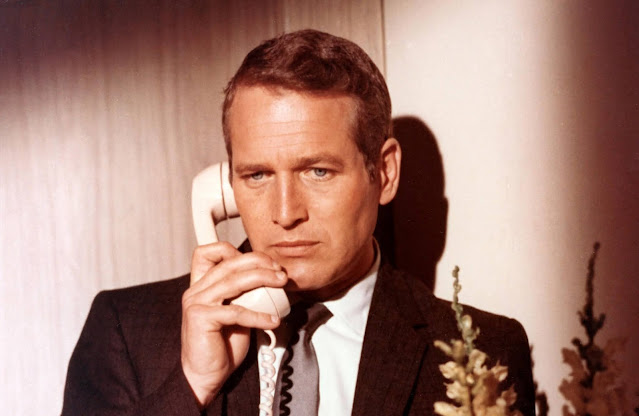 Some interesting watches this month including the totally '90's technological "killer's in the computer" thriller Ghost in the Machine. If you thought it was just the name of a great Police album, you thought wrong! With all the cyber attacks and Russian hacks lately, it definitely resonates. As does the rabbit-hole fever dream of  A Glitch in the Matrix, a gonzo documentary from Room 237 director Rodney Ascher, where this time he's indulging of bunch redditors debating whether or not we live in a simulation.

Steven Soderbergh's Detroit set caper No Sudden Move is one of the better "new" movies I've seen all year. I can't say the same for Black Widow, despite a good opening and strong performances, especially from Florence Pugh (Midsommar) and David Harbour (Stranger Things). The better kick-ass chick flick of 2021 is Gunpowder Milkshake on Netflix.

TCM's Friday Night Neo-Noir series hosted by Eddie Muller and Ben Mankiewicz was excellent, with great intros (loved their breakdown of Night Moves) and stellar picks including the ultra cool Paul Newman in Harper. The film is uneven but the cast is amazing, and the locations and photographs are pure eye candy, with its sunny 1960's Los Angeles locales. After watching Muller and Mankiewicz discuss Cutter's Way, I let it play for a second viewing. Ivan Passer's grimy character study of vengeful Vietnam veteran Cutter (John Heard) and his gigolo buddy Bone (Jeff Bridges) dabbling in blackmail didn't knock me out when I first viewed the Twilight Time Blu-ray a while back. It's a well crafted film with great performances but I still think it comes up short, especially compared to other neo-noirs of its era.

Speaking of neo-noir, it's a problematic term. That's what I learned watching the excellent new Criterion Blu-ray of Deep Cover, the excellent L.A. crime thriller from 1992 starring Laurence Fishburn and directed by Bill Duke (Predator). Especially noteworthy for the titular Dr. Dre and Snoop Dogg song, the neon-soaked film is a classic of the '90's black cinema renaissance, but not as widely celebrated as some of the more popular films like Boyz n the Hood, New Jack City and Juice. I would argue it's the best of the bunch and one of the better noirs from the 90s.

Buy why is neo-noir problematic? In one of the Criterion supplements and the booklet essay, the argument is made that the "neo" prefix is lazy and overly credits the classic B&W noir period of the 1940s. The term has stuck around in film criticism, books, recommendations, blogs (including this one). But noir is noir, whether it was made in 1941, 1974, 1992 or 2020. We should abstain from these contrived pre-fixes.

Two music documentaries, Summer of Soul and Woodstock 99 tell vastly different stories about two festivals, one forgotten, one infamous. Questlove's poignant Summer of Soul unearths glorious lost footage of the 1969 Harlem Cultural Festival, packed with wonderous performances from legendary artists like Nina Simone, David Ruffin, The Fifth Dimension and Sly and The Family Stone. The festival was known as Black Woodstock and it is vastly more interesting than the Aquarian gathering in Bethel, New York. Summer of Soul juxtaposes the warm-hearted festival with the social upheavals of that time, where the concerts helped lower the temperatures of civil unrest. Long before the days of social media, the footage sat for 50 years, with many attendees remembering the festival as if it were a dream. The restoration serves as validation.

Thirty years later, the original Woodstock folks decided to celebrate the anniversary with a new festival churning the MTV generation into a melting pot that turned into a powder-keg. When Limp Bizkit's Fred Durst began egging on the crowd during "Break Stuff," some took it literally and the backwards Yankee cap wearing rap-rocker became the ringleader of frat-boy angst. There are unspoken parallels to a certain other red-capped provocateur. Unlike the Harlem Cultural Festival and the original Woodstock, Woodstock 99 arrived during the twilight of the booming Clinton years, when Monica Lewinsky and Y2K were trivial concerns.

But the kids were not all right and Woodstock 99 exposed the toxic rot of capitalism, sexism and violence metastasizing the culture. Woodstock 99, the festival and the documentary, were not about the music, which is unfortunate because many of the acts on the bill were pretty great. Being about the music is what makes Summer of Soul such a good time; Stevie Wonder crooning and Mahalia Jackson belting. It was a time when music brought people together. Woodstock 99, be it boomer greed or millennial rage, was about anything but the music.

Lastly, Richard Brody had a blurb about Bowfinger in the New Yorker. Yes, that Bowfinger, the Steve Martin and Eddie Murphy comedy from 1999. If you haven't watched it or if its been a while, I recommend it. Bowfinger will leave you longing for the delightful days of Fred Durst.

What I watched in July: